Eagles rally past Wolverines in overtime 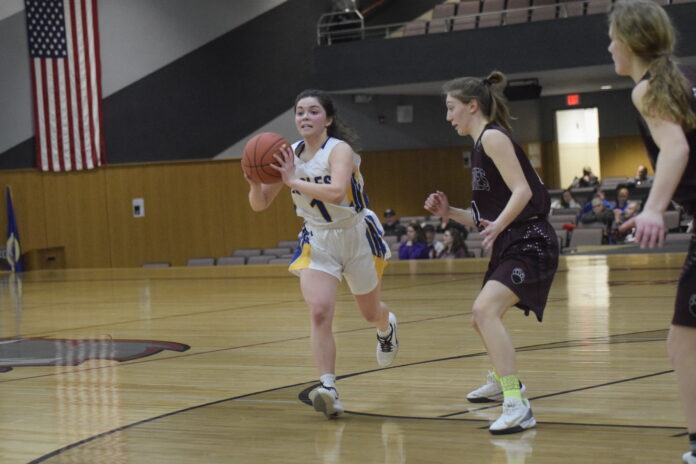 The Windom Eagle girls basketball team shook off a double-digit deficit in the second half Friday night to force overtime, then started the extra period with two key three-pointers. That propelled the Eagles to a 71-69 victory over Mt. Lake Area-Comfrey in Mt. Lake.

The Wolverines controlled much of the early portion of the game, leading by four at halftime and building the lead to 10 in the second half.

Windom struggled from the field much of the game, hoisting 52 three-pointers for the game as a team. But in the second half, Windom senior Kendyl Sammons caught fire from the outside, hitting seven three-pointers to spark an Eagle rally.

With time running out in regulation, Eagle freshman Hadley Sammons hit a short runner, tying the game at 62-62, sending the game to overtime.

Kendyl Sammons finished with a career-high 23 points, with all coming in the second half and overtime. Hadley Sammons added 17 points in the win.

Brooke Naas led MLAC with 29 points. Julia Brinkman and Riley Schroeder each scored 11 and Jaci Tollefson added 10 for the Wolverines.