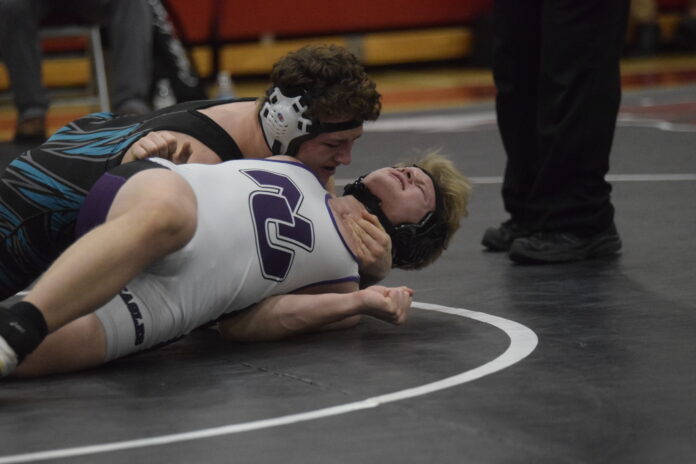 The Cobras started strong, as Preston Xayachak got out to a quick lead before turning his opponent for a fall in 1:27 at 106 pounds.

New Ulm answered with a technical fall at 113, but the Cobras followed with a fall from Thavien Xayachak in 1:54 at 120 pounds.

New Ulm took the lead behind back-to-back pins at 126 and 132, but the Cobras answered as Tucker Renquist won a 9-2 decision at 138 pounds. Caden Swoboda followed with a 6-2 decision win at 145.

The Red Rock Central wrestling team was knocked out of the Section 3A team tournament Thursday after a dominant performance by Tracy-Milroy-Balaton/Westbrook-Walnut Grove. The third-seeded Panthers rolled to a 70-6 victory over the Falcons at Tracy.

TMB/WWG opened the match with six falls in the first nine weight classes. TMB/WWG also won a forfeit, a major decision and an overtime decision in that stretch.

Vander Mathiowetz recorded a fall in 24 seconds at 170 pounds, giving RRC its only victory of the night. TMB/WWG closed the match with a forfeit, two falls and a 5-1 decision.