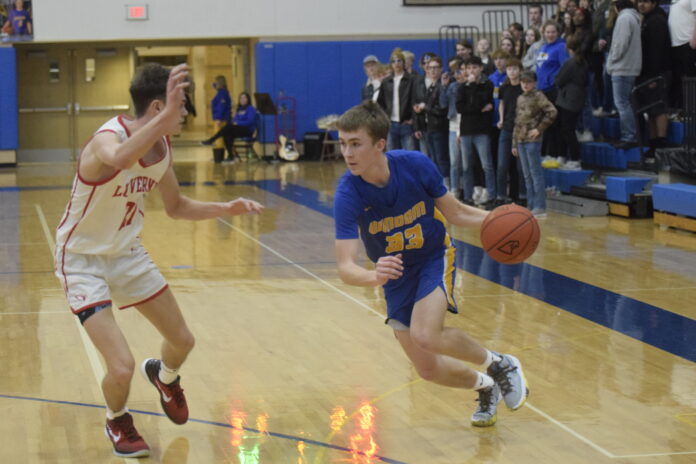 A big second half and a massive edge from the free throw line propelled Luverne to a 76-57 victory over the Windom Eagle boys basketball team Thursday night in Windom.

The Cardinals held a five-point lead at halftime, but quickly found themselves shooting free throws in the second half. Luverne finished the game 18-of-24 from the stripe, while the Eagles were just 2-of-4.

RRC was without two starters and a top reserve due to illness.

Edgerton was able to take advantage. The Dutchmen hit eight three-pointers in the game and surged to a nine-point halftime lead. Edgerton then outscored the Falcons 28-16 in the second half.