Third-grade Battle of the Book returns in 2022 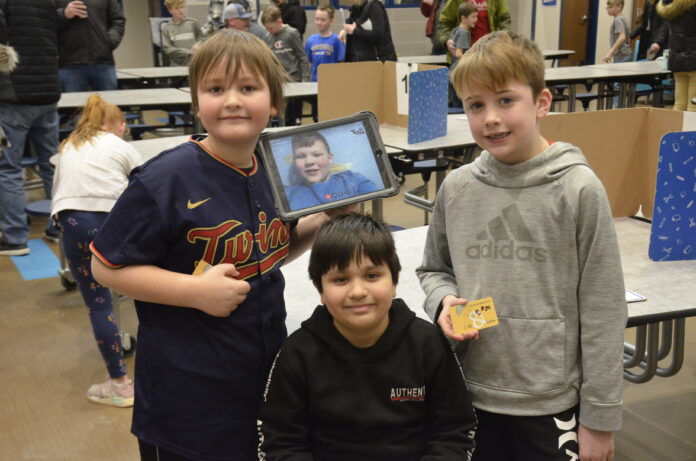 After a one-year hiatus, the Battle of the Books for third-graders returned to Windom Area Elementary School.

However, the reading comprehension challenge was scaled back to just one book instead of two this year and actually had to be rescheduled after one of the season’s few snowstorms called off school. The event was held Friday in the WAES commons and was attended by students’ families.

A total of 13 teams of third-graders — three, four or five members per team — competed in the challenge that covered general and specific information about “The Chocolate Touch” by Patrick Skene Catling.

In the end, the team of Noah Muske, Seth Hoppe, Elliot Lohse and Farzaan Yusuf teamed up to capture the top spot. Each received $20 Barnes and Noble gift cards. Seth competed virtually from home through an iPad.

To learn what other teams reached the finals of the competition, see the story in the Feb. 9 issue of the Cottonwood County Citizen.