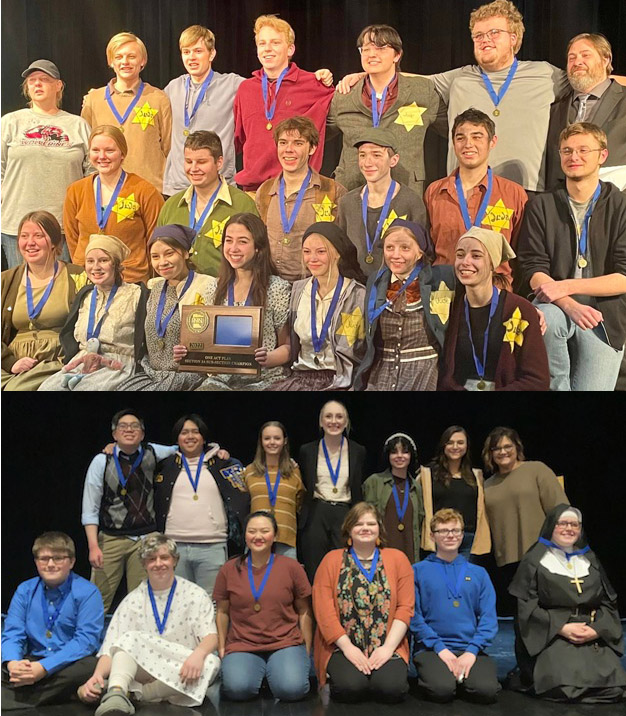 Mt. Lake took the Section 2A Sub-Section 7 title in Madelia with their performance of a Holocaust-focused story, “I Never Saw Another Butterfly.” The one act, directed by Travis Smith and assisted by his wife, Jamie Boldt-Smith, was ranked the top play by all three judges.

Mt. Lake now competes in the Section 2A festival in Wells on Saturday. The troupe will perform at 1 p.m.

Meanwhile, WWG also was ranked the top play by all three judges in its sub-section in Section 3A at Redwood Falls. Performing “Tracks,” the troupe came together at the right time despite having just two practices with all 10 students able to attend.

WWG now travels back to Redwood Falls Saturday to compete in the Section 3 One Act Play Festival at Redwood Valley High School. The team is the last one act to perform, at 3:45 p.m.

For more on the two schools’ sub-section championships, see the stories in the Feb. 2 issue of the Cottonwood County Citizen, on newsstands tomorrow.