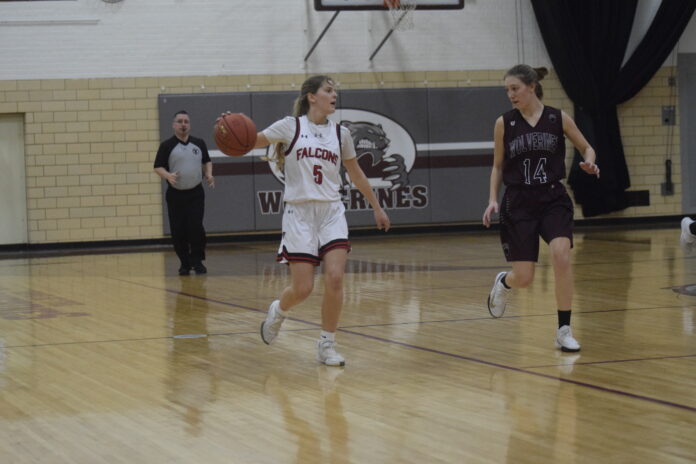 Red Rock Central started the second half with a surge Friday night, pulling away for a 60-41 victory over Mt. Lake Area-Comfrey in Mt. Lake.

RRC held a slim two-point halftime lead, but quickly stretched the lead to double digits early in the second half.

Lilly Stavnes led a quartet of Falcons in double figures with 15 points. Sondra Rindfleisch and Karli Arkell each scored 11 and Emily DeCock added 10 in the win.

SWC raced to a 23-point halftime lead and continued building the lead throughout the second half. SWC shot 48% from the field for the game, while WWG shot 29% from the field and committed 21 turnovers.