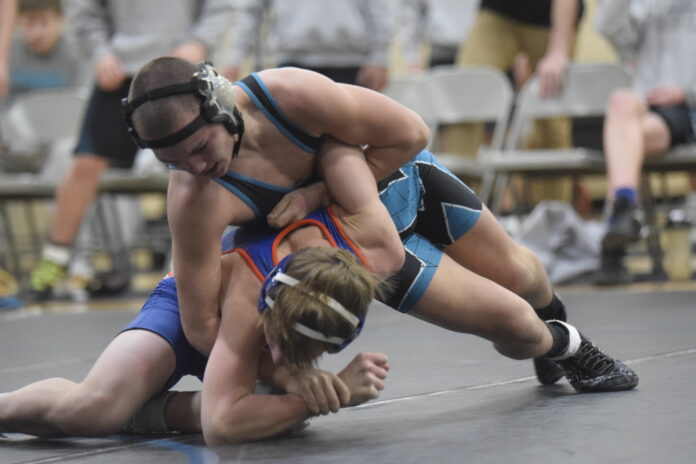 The Windom-Mt. Lake wrestling team wrestled on its home mat for the first time all season Tuesday night and thrilled the home crowd, picking up a triangular sweep over Canby and BOLD in Mt. Lake.

The Cobras opened with a 46-27 victory over Canby, then closed the night with a 60-18 win over BOLD.

Canby recorded back-to-back pins before the Cobras closed the match strong. Caden Swoboda (152) and Montgomery Bjorklund (160) each won by fall, with Bjorklund coming from behind to do so. After a forfeit at 170, Matthew Ekstrom (182) recorded a fall and Micah Holmberg (195) won an 11-6 decision to put the match out of reach. Damien Pohlman (220) added a fall to cap the victory.

Against BOLD, the Cobras started with a forfeit win, then a fall from Hunter (113). Aiden Holmberg (126), Noah Holmberg (132), Swoboda (152) and Bjorklund (160) each added falls after that. The Cobras ended the night winning a total of five forfeits.