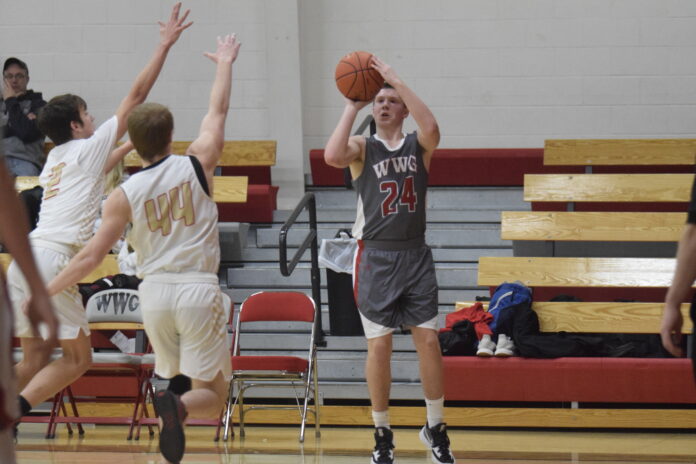 St. Mary’s shot 53% from the field for the game and hit nine three-pointers as a team. The hot shooting allowed St. Mary’s to race to a 14-point halftime lead and outscore the Eagles 46-37 in the second half.

The Windom boys basketball team had a strong night from the field and a perfect night from the line Friday, building an early lead and cruising to a 69-56 win over Minneota at Windom.

The Eagles were equally sharp inside and outside in the game, hitting 10 three-pointers as a team. Windom shot 38% from the field for the game, but cooled considerably late in the second half.

Windom also went a perfect 13-of-13 from the free throw line as a team.

Westbrook-Walnut Grove’s defense proved to be the difference Saturday afternoon as the Chargers claimed a 61-49 victory over Gibbon-Fairfax-Winthrop during the Conference Crossover in Westbrook.

In the second half, the Chargers were able to attack the lane and convert GFW turnovers into points.

Cathedral surged late in the first half, tying the game at 30-30 at halftime. Then, in a foul-filled second half, Cathedral hit five three-pointers and scored its final three points from the free throw line. MLAC’s last attempt to win the game rattled out.

Tracy-Milroy-Balaton pounded the ball into the lane early and often Saturday afternoon, as the Panthers rolled to a 73-45 victory over Red Rock Central at Tracy.

TMB shot 53% from the field and 66% from two-point range in the contest. That attention on the inside allowed the Panthers to race to a 25-point halftime cushion.

RRC’s offense never got on track, as the Falcons were held to 16 field goals and shot 39% from the field.