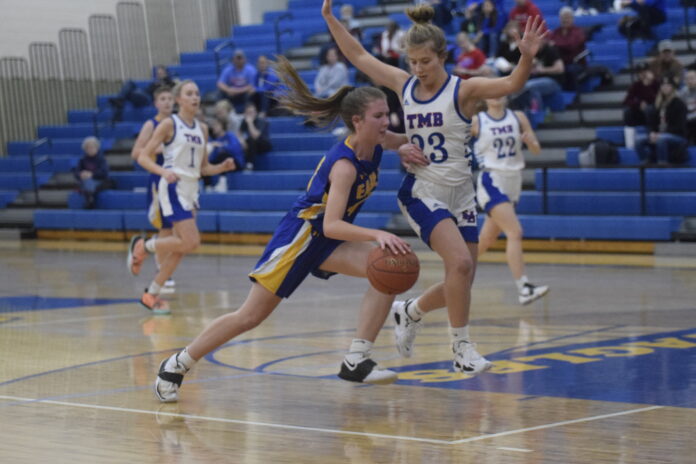 Tracy-Milroy-Balaton cranked up the defensive pressure in the second half Thursday night, shutting down the Windom Eagle girls basketball team to rally for a 60-49 victory at Windom.

The Eagles were red hot from the field in the opening half, hitting seven three-pointers and going 10-of-13 from the line to take a 17-point halftime lead.

But TMB was able to whittle away at the lead by forcing turnovers and challenging shots. After cutting the Eagle lead to 47-40, the Panthers outscored the Eagles 20-2 over the game’s final seven minutes.

KJ Huska led the Eagles with 13 points in the loss. Jenna Veenker added a career-high 12 points and Hannah Dauer chipped in 10.

The Mt. Lake Area-Comfrey girls basketball team sputtered in the second half Thursday night, dropping a 59-52 decision to Nicollet in Comfrey.

The game was tied at 24 at halftime, but Nicollet started the second half hot, hitting a trio of three-pointers in the half and going 8-of-14 from the line.

Meanwhile, the Wolverine offense went cold, particularly from the stripe. MLAC was 3-of-11 from the free throw line in the second half.