Windom Robotics teams turn in solid efforts in own tournament 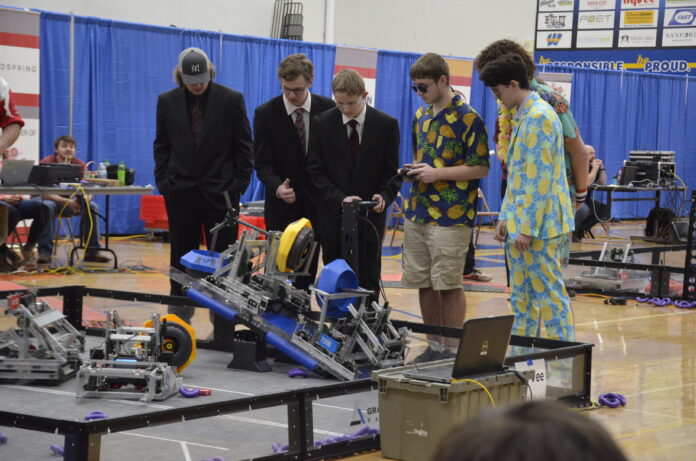 Capturing a trophy and qualifying for the state tournament would have been the capper to a tournament that almost didn’t happen for the Windom Eagles Robotics program.

Unfortunately, the local program came away with neither from their own tournament Saturday at the WAMHS Blue Gym.

But what the Windom teams did get was a tournament. Friday’s snowstorm that dumped 8.4 inches of snow in Windom threatened to postpone or cancel the event since there were teams traveling from quite a distance.

“We were a little nervous on Friday for setting up. We weren’t quite sure if the VEX trailer would make it here due to the storm,” said Windom Robotics adviser Jill Defries. “It took them a couple hours longer to get here than normal, but they did it. We always seem to be cursed with a snowstorm the day before our tournament, but it always works out.”

In the end, 19 of the 25 registered teams arrived and competed before an alliance of teams from Albert Lea and Mankato West teamed up to win the tournament. The duo defeated the alliance of Windom’s Yippie Ki Yay and Gear Shifters from New Ulm Cathedral 166-80.

To learn how Windom teams performed in their own tournament, see the story in the Jan. 19 issue of the Cottonwood County Citizen on newsstands now