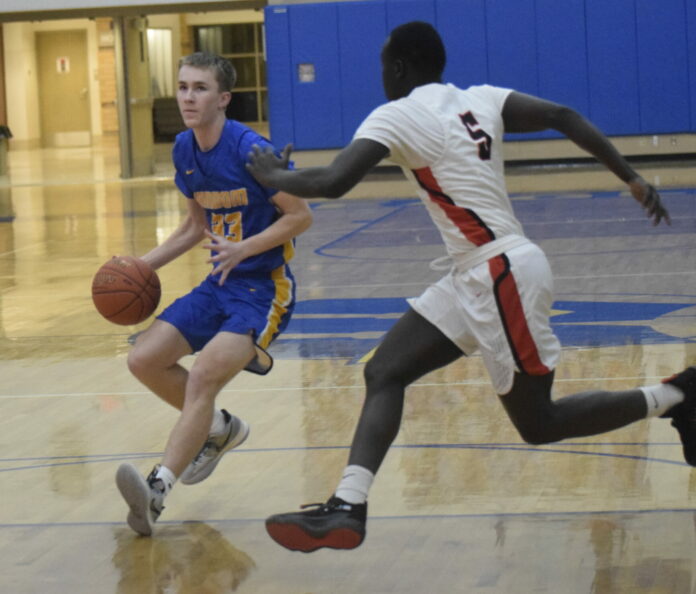 The Windom boys basketball team saw an early 20-point lead evaporate Thursday, but a record-breaking performance from junior Henry Erickson helped the Eagles pull away late for a 90-77 win over Worthington at Windom.

Erickson broke the program’s 43-year-old single-game scoring record by pouring in 43 points. The previous record of 40 was set by Kent Kelly in the 1978-79 season, also against Worthington.

Erickson hit 14 of his 17 shots from the field, including 4-of-4 from three-point range, and went 11-of-13 from the line to break the record.

The Eagles raced to an early lead, as Abe McKibbin shouldered the scoring load early. McKibbin scored 20 of his 29 points in the first half, helping the Eagles build a 20-point lead at one point. Windom led by 15 at halftime.

As a team, Windom shot 60% from the field in the win and hit 11 three-pointers as a team.

The two boys basketball games originally scheduled for Friday have been postponed because of the weather.

Westbrook-Walnut Grove’s scheduled game against Southwest Minnesota Christian in Edgerton will be played Saturday in Edgerton, beginning with the B-squad at 5 p.m.

Red Rock Central’s game at Mt. Lake Area-Comfrey has been rescheduled for Jan. 25, with the location changed to Comfrey instead of Mt. Lake.