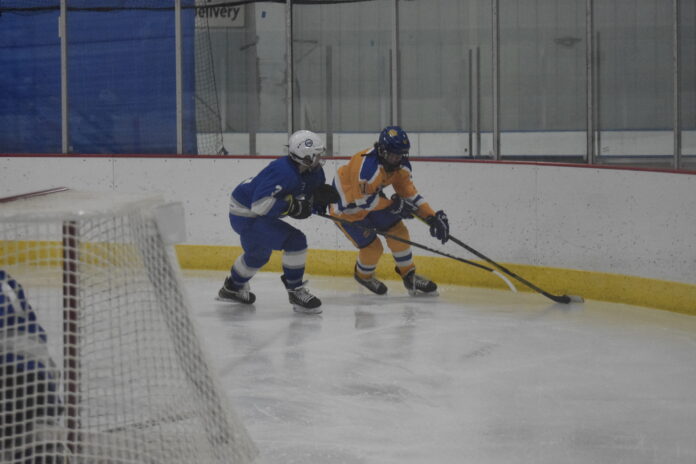 The Windom Area boys hockey team dominated play much of the night Thursday, but a late third-period goal allowed Minnesota River to tie the game at 1-1. Neither team scored in overtime, leaving the game a 1-1 tie at the Windom Arena.

The Eagles peppered the Bulldog net with 48 shots in the game and had the puck in the offensive zone much of the night. Minnesota River managed just 9 shots on goal in the game.

After a scoreless first period, the Eagles netted a power play goal at the 15:24 mark of the second, when Wyatt Haugen scored off an assist from Zach Espenson.

It stayed that way until the 10:46 mark of the third, when Minnesota River’s Drew Simonette evened the game. The Bulldogs had a golden opportunity to take the lead in the final two minutes, but shot wide of the net after Eagle goalie Dan Stubbe had fallen.

Stubbe finished with eight saves in the tie.

Next games: Check for updates after each game.
Windom Area: at Rochester Lourdes, Jan. 15