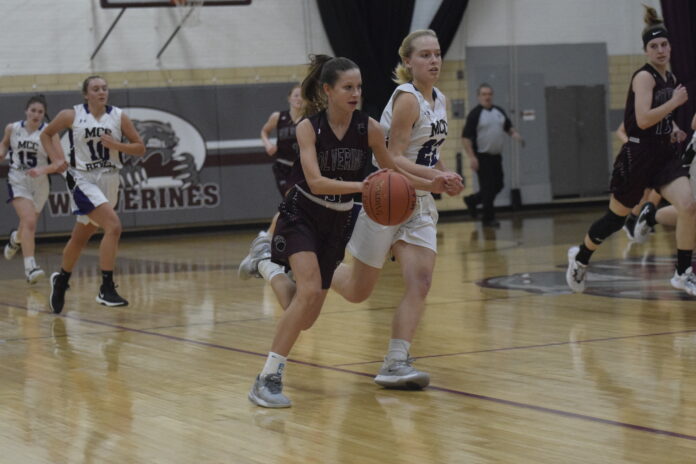 A determined effort on the defensive end proved to be just what the Mt. Lake Area-Comfrey girls basketball team needed Monday night in Mt. Lake.

The Wolverines held Murray County Central to a single field goal in the first half, building an 18-point halftime lead on its way to a 46-27 victory.

The Wolverines did not allow a point for over 10 minutes, when the Rebels hit a pair from the line. After a follow-up bucket, the Wolverines then held the Rebels scoreless for nearly the final seven minutes of the half.

MLAC’s offense got a jump-start early from junior Jaci Tollefson, who scored 10 of her game-high 16 points in the first half.

Westbrook-Walnut Grove capitalized on a big hole in Red Rock Central’s lineup Monday, building an early lead and claiming a 49-41 win at Lamberton.

RRC played without 6-3 senior center Karli Arkell due to illness, and the Chargers took advantage, driving into the lane to take a 27-21 halftime lead.

The Chargers were able to preserve the lead in the second half despite going 11-of-20 from the free throw line.