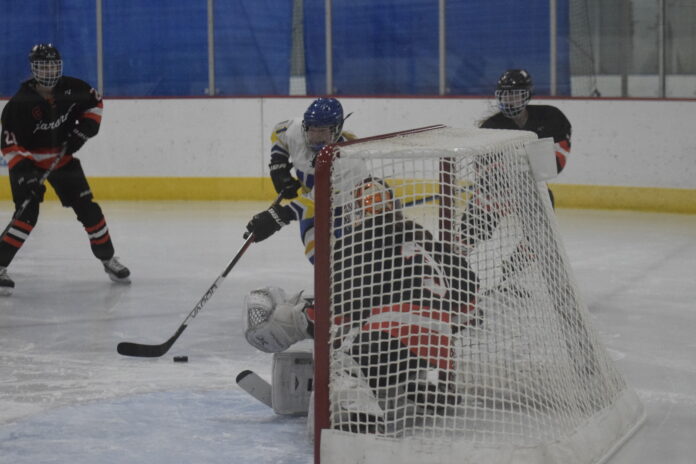 Trailing 2-1 late in the game, the Eagles pulled their goalie for an extended period of time for an extra attacker.

But with 1:12 left on the clock, the Tigers were able to clear the puck and fire a shot into the empty net. The Tigers added another insurance goal for good measure, claiming a 4-1 victory at the Windom Arena.

Marshall’s Tessa Gannott scored at the 8:04 mark of the opening period, then gave the Tigers a 2-0 lead early in the second.

The Eagles pulled to within 2-1 when Elly Bang picked off a pass and scored an unassisted goal 3:06 into the final period.

But Marshall’s Leah Schafer found the empty net with 1:12 to go. Then, with 51 seconds left on the clock, Gannott capped a hat trick.

The Eagles outshot Marshall 32-31 in the game. Goalie Kaylie Baerg finished with 27 saves.

Next games: Check for updates after each game.
Windom Area: at Austin, Jan. 11