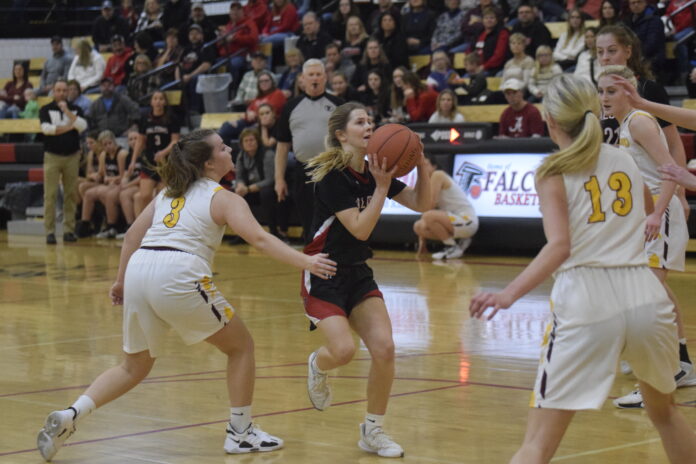 Luverne dictated the tempo and battered the Windom Eagle girls basketball team in the lane Friday night, racing to an 88-39 victory at Luverne.

The Cardinals turned 22 Eagle turnovers into 33 points in the game and outscored the Eagles 72-8 in the paint.

Luverne shot 54% from the field, compared to 22% for the Eagles.

Hadley Sammons led the Eagles with 12 points. KJ Huska and Madilyn Hogan each added nine points in the loss.

Red Rock Central turned in a dominant defensive performance Saturday night, cruising to a 49-28 victory over Wabasso at Lamberton.

The Falcons played the game without head coach Adam Schumacher, who missed due to a family commitment.

The Falcons stifled the Rabbit offense much of the game, holding Wabasso to 21% shooting from the field. RRC held Wabasso to nine second-half points.

Meanwhile, RRC was able to work the ball inside in the first half, which opened the outside game in the second half.

Karli Arkell scored 10 of her game-high 19 points in the first half. She added 13 rebounds.

Lilly Stavnes scored all of her 10 points in the second half.