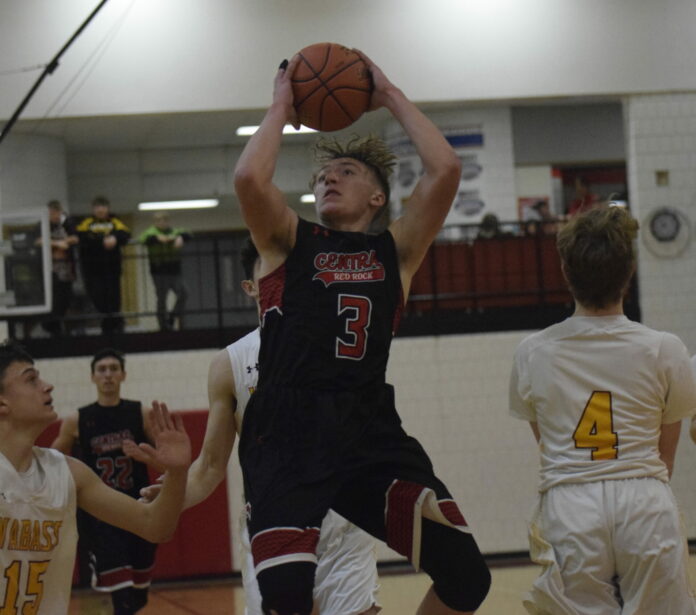 The Eagles held a six-point halftime advantage, but maintained the lead thanks to a 17-of-20 night as a team from the free throw line, while Luverne went 15-of-26 from the stripe.

The Eagles also held the Cardinals to 27% shooting on their home floor and forced 20 Luverne turnovers in the game.

Abe McKibbin paced the Eagles with 23 points in the win. Henry Erickson added 13 points, 10 rebounds and eight assists, while Dylan Serreyn had 10 points.

Wabasso got off to a fast start and never let up Saturday night, cruising to a 71-50 victory over Red Rock Central in Lamberton.

The Rabbits started the game with a 14-0 run, including four three-pointers. Wabasso then built its lead to 18-1 before the Falcons scored their first field goal of the game.

RRC was able to battle back, cutting the deficit to 10 late in the first half and again early in the second half, but the Rabbits were able to pull away thanks to nine three-pointers and a 50% shooting night.

Red Rock Central turned up the offense in the second half Friday night, pulling away for its first victory over the season, 55-40 over Edgerton in Lamberton.

The Falcons held a four-point halftime lead. Edgerton pulled to within two, but a key three-pointer from Joe Strock gave the Falcons a five-point lead. From there, RRC outscored Edgerton 16-6 the rest of the way.

Murray County Central rallied in the second half to force overtime Friday, but Westbrook-Walnut Grove pulled away in the extra period, claiming a 69-62 win at Westbrook.

The Chargers trailed by a point at halftime, but had good balance and hot shooting throughout. Four Chargers finished in double figures in the scoring column, and WWG finished the game shooting 53% from the field.

WWG led by nine points late before MCC closed with an 11-2 run to end regulation. MCC hit a three-pointer with time running out and a final shot by WWG at the horn rattled out.

But in overtime, buckets by Austin Parker and Kole Curry gave the Chargers the lead, and two Dan Kleven free throws sealed the win.

Cole VanDeWiele led the Chargers with 21 points. Brady Ross added 15, with Kleven scoring 11 and Parker added 10 in the win.