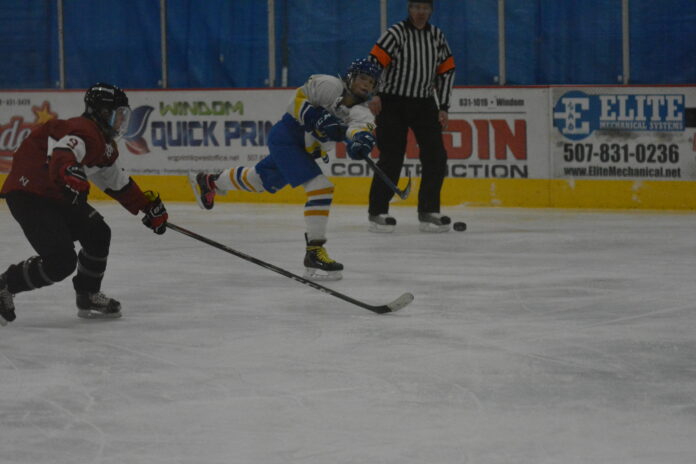 West got off to a quick 2-0 lead in the first period before the Eagles scored four straight goals over the next two periods.

Elly Bang got the Eagles on the board at the 10:23 mark of the first period, then Presley Dockter scored with 2:03 left in the first to tie the game at 2-2.

Bang added a goal 43 seconds into the second period and Madelyn Schumacher scored at the 6:19 mark, giving the Eagles a 4-2 lead. Windom Area led 4-3 after two periods.

In the third, the Eagles regained a two-goal lead on a goal from Ella Dockter.

The final five minutes of the game proved to be wild. West trimmed the deficit to 5-4, but the Eagles scored 14 seconds later on Bang’s third goal of the game. Bang added a fourth goal 25 seconds later, giving the Eagles a 7-4 lead.

West cut the deficit to 7-5 with 1:29 left on the clock, but the Eagles netted an empty-net goal from Presley Dockter with 1:14 left in the game, sealing the win.

Next games: Check for updates after each game.
Windom Area: at Mankato East, Dec. 28