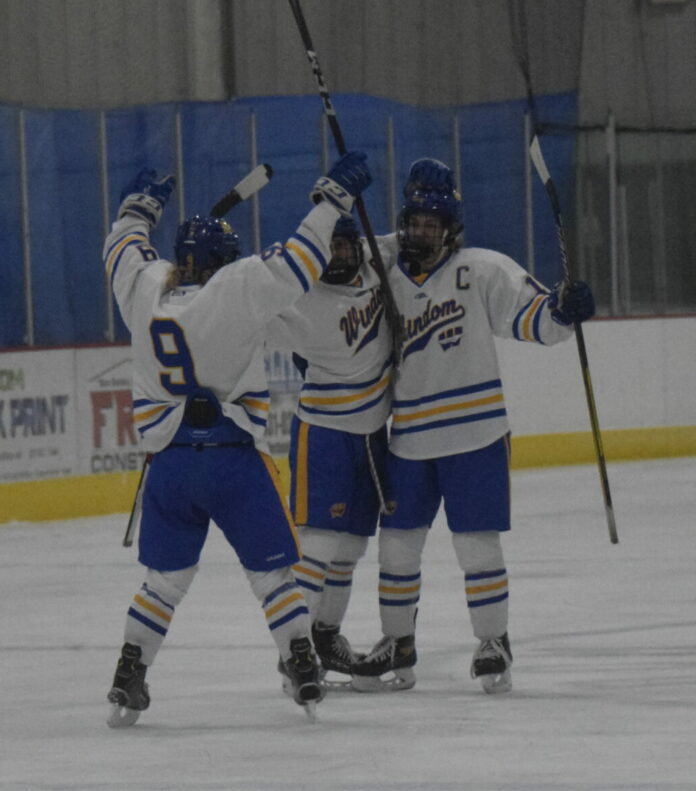 St. Paul Academy scored a pair of power play goals, including one late in the third period, to drop the Windom Area boys hockey team 3-1 Saturday afternoon at the Windom Arena.

The Eagles broke a scoreless tie 9:02 into the second period, when Zach Espenson sent a slap shot from the point between the pads of the Spartan goalie for a power play goal.

But SPA answered, scoring a power play goal of its own with 13 seconds left in the second period, tying the game at 1-1.

It stayed that way until 2:43 remaining in regulation, when the Spartans scored a power play goal to take the lead.

Then, with eight seconds left on the clock, SPA added an empty-net goal to seal the victory.

SPA outshot the Eagles 30-23 in the game. Dan Stubbe finished with 20 saves in the loss.

Next games: Check for updates after each game.
Windom Area: at Fairmont, Dec. 20