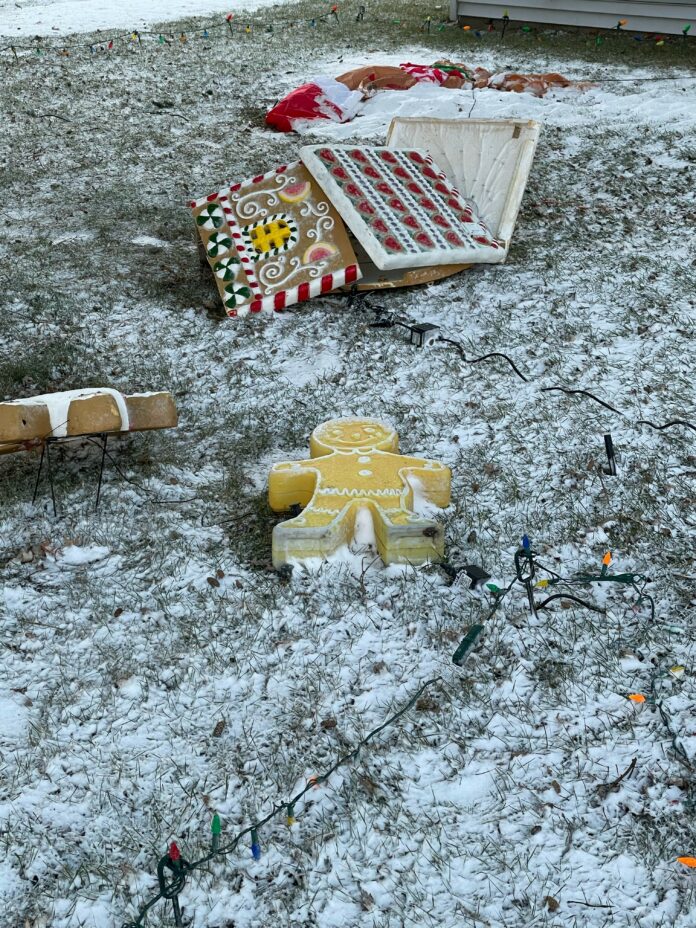 Much of Southern Minnesota was faced with the prospect of a never-before-seen severe weather situation Wednesday evening.

Cottonwood County avoided the worst of the severe weather, seeing a thunderstorm roll through the Windom area shortly before 6 p.m. Several counties to the south and east had severe thunderstorm warnings through Wednesday evening, and officials from the National Weather Service in the Twin Cities are surveying damage following reports of possible tornadoes near Hartland, Plainview and Wabasha in Southeast Minnesota. If the tornadoes are confirmed, they would be the first recorded tornadoes in December in state history.

However, the thunderstorm did bring with it some strong winds, which were sustained through much of Wednesday evening into Thursday. Jenny Quade of Windom reported Christmas lawn decorations damaged by the wind.

The back end of the storm system brought with it much colder temperatures, light snow and some freezing drizzle. Parts of Southwest Minnesota reported power outages, with a city-wide outage in Morgan reported.