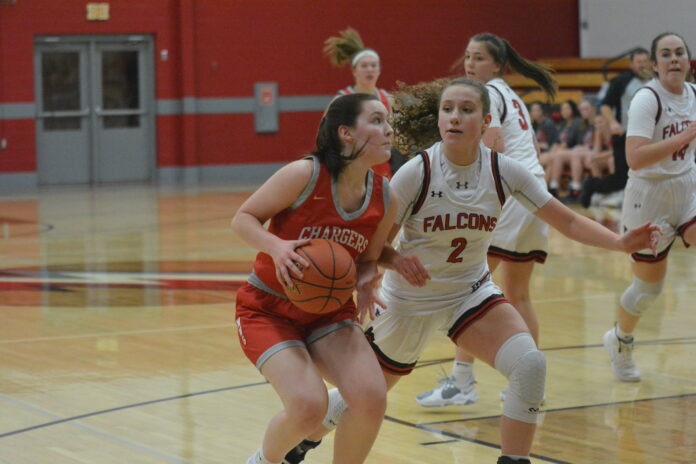 Westbrook-Walnut Grove’s defense proved to be the difference Tuesday night, as the Chargers claimed a 50-36 victory over Red Rock Central at Westbrook.

WWG held an early lead before RRC rallied late in the first half to tie the game at halftime.

But in the second half, WWG slammed the door on the Falcon offense, forcing RRC into 23 turnovers for the game. The Chargers held the Falcons to 11 second-half points.

Meanwhile, WWG was hot from the outside the entire game, shooting 42% from three-point range on 10-of-24 shootng.

Mt. Lake Area-Comfrey cranked up the defense in the second half Tuesday night, claiming a 42-32 win over Murray County Central in Slayton.

MCC held a two-point halftime lead, but the Wolverines held MCC to nine second-half points. The Wolverines forced 29 turnovers in the game.