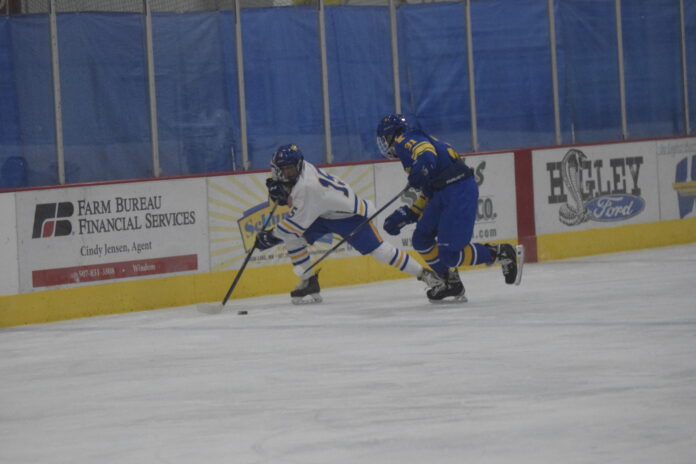 The Windom Area boys hockey team raced to an early lead and never looked back Thursday, rolling to a 5-1 victory over Waseca at the Windom Arena.

The Eagles held a 4-0 lead early in the second period after scoring three times in the first and adding an early power play goal in the second.

Cragen Porath got the Eagles on the board 4:59 into the game, with Brady Espenson and Karson LaCanne adding goals later in the opening period.

Then, 1:12 into the second, Brady Espenson netted his second goal of the game on the power play.

Zach Espenson gave the Eagles their final goal 1:14 into the third period.

Next games: Check for updates after each game.
Windom Area: at Luverne, Dec. 14