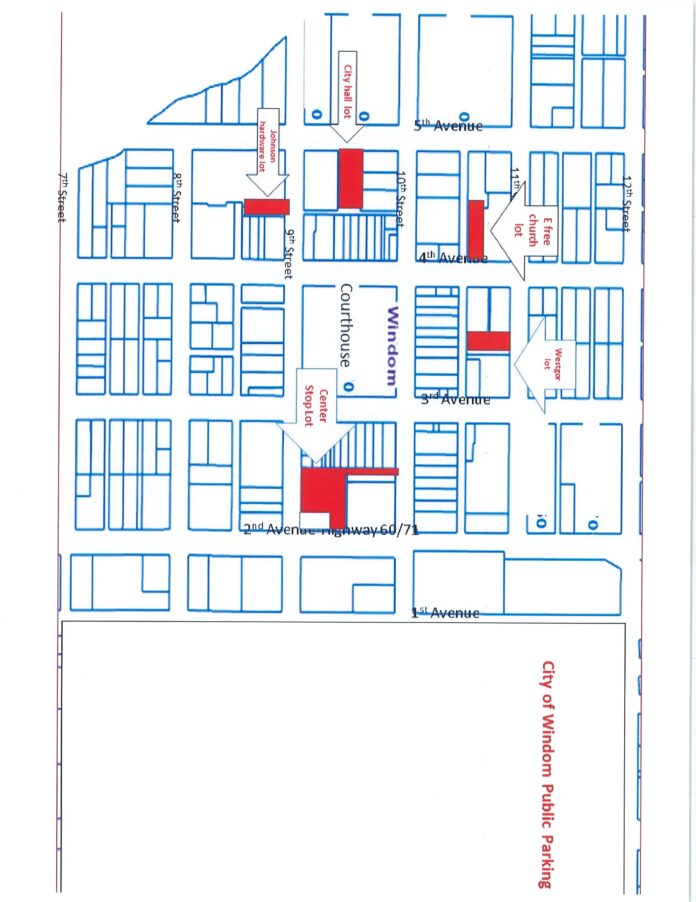 The City of Windom has issued a Snow Emergency which takes effect at midnight tonight (Dec. 10) and runs through noon on Saturday.

Under a Snow Emergency, no vehicles may be parked on city streets, alleys and non-designated parking areas. Public parking lots open for use during the Snow Emergency are shown on the map that appears with this story.

Violators of the Snow Emergency face a citation and fine of $34, plus risk being towed (which can cost over $100). City snow plows will begin plowing, curb to curb, at 1 a.m. Later in the morning, once your street has been fully plowed, residents may again park in the street.

For a full recap on Windom’s first Snow Emergency of the winter, see the Dec. 15 edition of the Cottonwood County Citizen and Citizen eEdition.

Watch www.windomnews.com for regular weekday updates at 8 a.m./noon/5 p.m., plus BREAKING stories at other times.