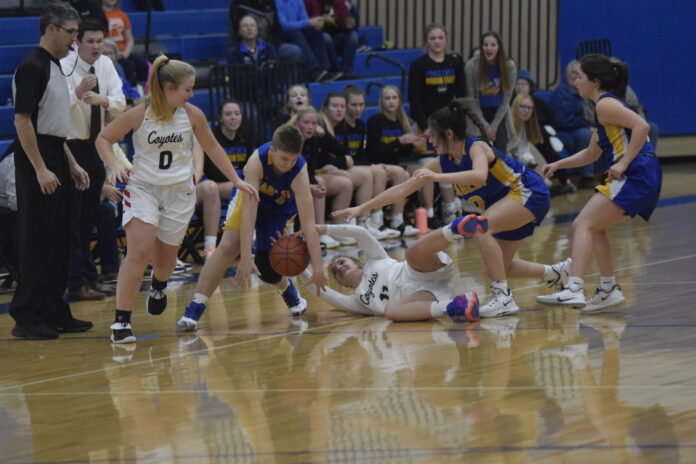 The Windom Eagle girls basketball team took an early lead and made it stick Saturday afternoon, claiming a 69-54 victory over Tri-City United as part of the Big South Conference Showcase in New Ulm.

The Eagles turned in a balanced offensive performance, with a strong effort on out outside as well as in the lane.

Windom also had a good defensive performance, holding the Titans to 30% from the field and forcing 16 turnovers.

K.J. Huska drained eight three-pointers and led the Eagles with 26 points in the victory. Hadley Sammons added 18 points and 10 assists, while Tristyn Maras finished with 12 points and 18 rebounds.

The Windom Eagle girls basketball team pulled away in the second half Friday night, topping Heron Lake-Okabena-Fulda 81-59 at Windom.

The game was tight much of the way, with the Eagles holding a nine-point halftime lead. HLOF eventually was able to cut the deficit to five early in the second half, but the Eagles pulled away from the outside.

Hadley Sammons led the Eagles with a career-high-tying 32 points. K.J. Huska poured in 25 points in the win.

The Wolverines trailed by seven at halftime and tried to make up the deficit by bombing away from the outside in the second half. But a poor night from the free throw line prevented the Wolverines from completing the comeback.