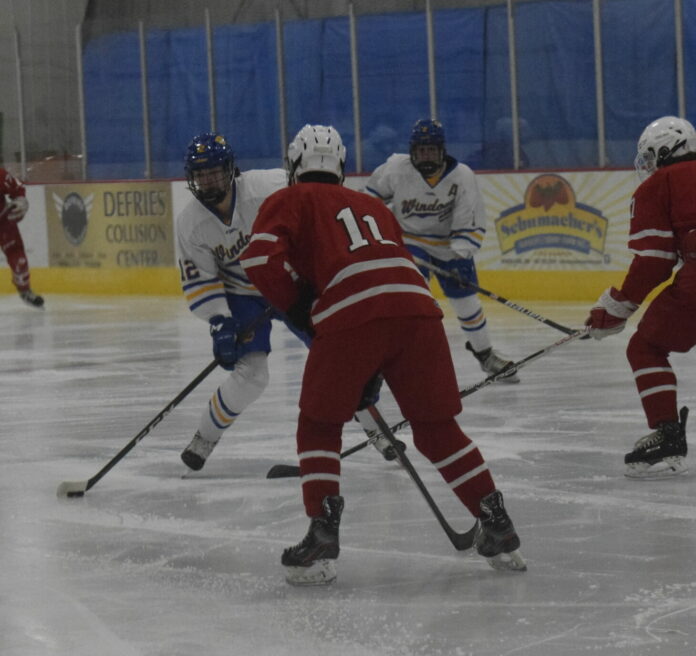 The Windom Area boys hockey team kept the pressure on in the offensive end Saturday afternoon, scoring four goals in the first seven minutes of the game on its way to a 12-0 victory over Austin at the Windom Arena.

The Eagles scored 47 seconds into the game when Sonny Heil rifled a wrist shot over the shoulder of the Austin goalie. Moments later, Karson LaCanne swooped in to stuff home a rebound for his first career goal and a 2-0 lead. Brady Espenson then netted back-to-back goals, giving the Eagles a quick 4-0 lead.

The Eagles tacked on three more goals within a one-minute span in the second period. Heil opened the scoring in the period after penalties by each team. The Eagles then had a brief power play, with Zach Espenson bombing in a goal from the point. Ethan Purrington gave the Eagles a 7-0 lead 36 seconds later.

The Eagles then ended the period with three more goals within a one-minute span. Zach Rabbe scored his first career goal at the 11:15 mark, followed by a goal from Keegan Classen and another from Cragen Porath.

Brady Espenson capped a hat trick early in the third period, while Dillon Evers ended the scoring with his first career goal.

Windom Area outshot Austin 59-9, with Stubbe stopping all nine shots he faced for the shutout win.

Next games: Check for updates after each game.
Windom Area: at Marshall, Dec. 7