Mendoza reveling in teaching job she wasn’t prepared for 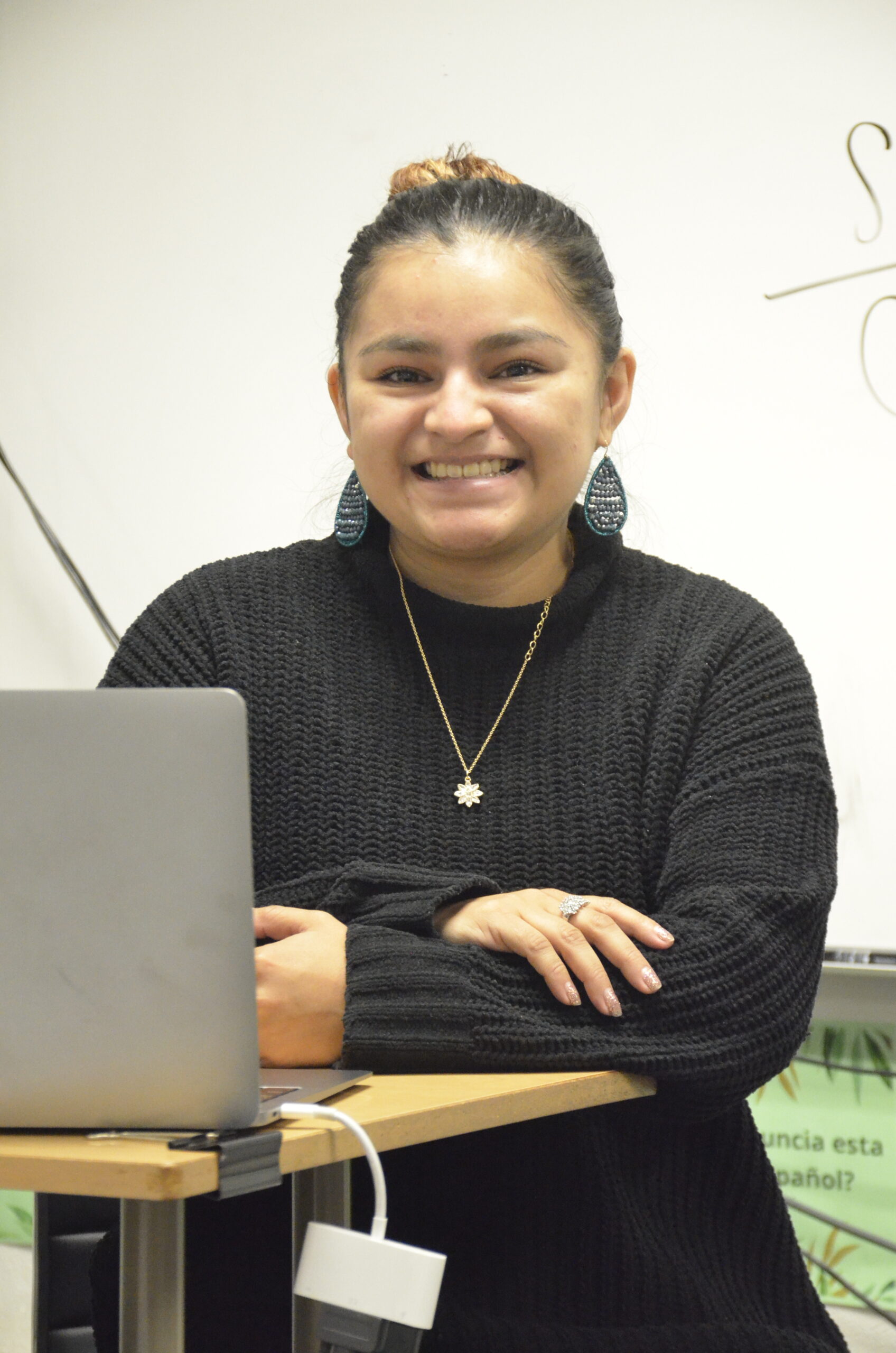 You can’t call Elsa Mendoza a newcomer to Windom. After all, the petite 26-year-old has lived in Windom since she was in fifth grade and is a 2014 graduate of Windom Area High School.

On the surface, her story wouldn’t seem to fit into a series about people who have come to Windom to start a new life. But look a little deeper and it’s easy to see that she has a story to which many recent newcomers to the community can relate.

Elsa is an America-born citizen, having been born and spent her first four years in Arkansas. She eventually came with her family to Windom in 2001, left for several years and then returned in fifth grade and has been a Windomite ever since.

Windom is her hometown.

So, what’s so interesting about her story?

Elsa grew up a bilingual child. She spoke Spanish at home and English at school. She speaks both fluently, although she will tell you she speaks better Spanish than English, but her Spanish grammar isn’t as good as her English.

“With English, I would say I’m still not good at it,” she says. “I still feel like I could be better and the reason, I think, is because I’ve always liked Spanish more than English.”

Today, she’s doing what she had always dreamed of — teaching. But the students in her classroom are not the ones she thought she would be instructing when she graduated from Minnesota State University Mankato with a teaching degree in elementary education.

Nevertheless, she is in her second year of teaching Spanish at her high school alma mater.
And much to her surprise, she loves it. She discovered she could teach a language she speaks, but doesn’t know that well.

She’s presently teaching at WAHS on an out-of-field variance while she works toward earning her Spanish license. She started her studies in May and is on pace to complete that work in December 2022.

To a small degree, she’s learning right along with her students.

“Yes, I am and I think that’s what I really like. I can’t teach them if I don’t know it first, but as I’m teaching them, I realize, ‘Oh, these are rules in English, too, but they’re just different,’  ” Elsa says. “It’s been really insightful to learn that I already know it; I just don’t know the explanation of it.”

For much more on Elsa, see her story on the Faith & Family page of the Nov. 10 issue of the Cottonwood County Citizen, on newsstands now.