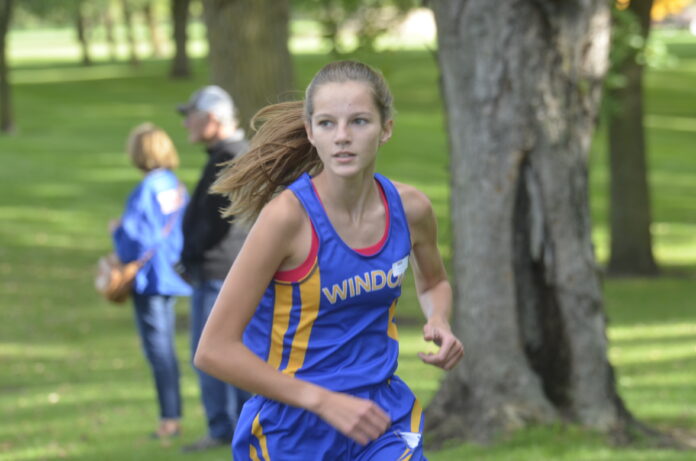 One local runner will be making the trip to St. Olaf College on Nov. 6 for the Class A State Cross Country Meet.

Windom freshman Kaylee Walklin advanced to state after placing fifth in the girls race at the Section 3A Meet, held Thursday in Madison.

Walklin finished with a time of 18:52, finishing one second behind fourth-place finisher Ashley Overgaauw of Murray County Central-Fulda and six second out of third place.

In the team standings, Windom’s girls finished 12th with 309 points. Mt. Lake Area was 13th with 319 points. Luverne won the team title with 50 points, while MCCF advanced as the section runner-up, finishing with 69 points.

For the boys, Windom finished sixth with 141 points. MLA was seventh with 186 points. Lac Qui Parle Valley/Dawson-Boyd won the section title with 75 points. Luverne was second with 81 points.

Walklin kept pace with the  wave of race leaders much of the way, as a clear front five emerged from the pack until MCCF’s Amanda Overgaauw and Luverne’s Tenley Nelson began to pull away early. Overgaauw eventually won the section title, finishing in 18:01, with Nelson a distant second at 18:31.

Walklin found herself battling Luverne’s Jenna DeBates and MCCF’s Ashley Overgaauw before DeBates surged ahead down the final straightaway and Overgaauw held off Walklin late.

MLA’s boys were paced by sophomore Kody Wassman, who fell just shy of earning a state qualifying spot in 14th place, finishing with a time of 17:38.

Next meets: Check for updates after each meet.
Windom: at Class A State Meet (St. Olaf College, Northfield), Nov. 6