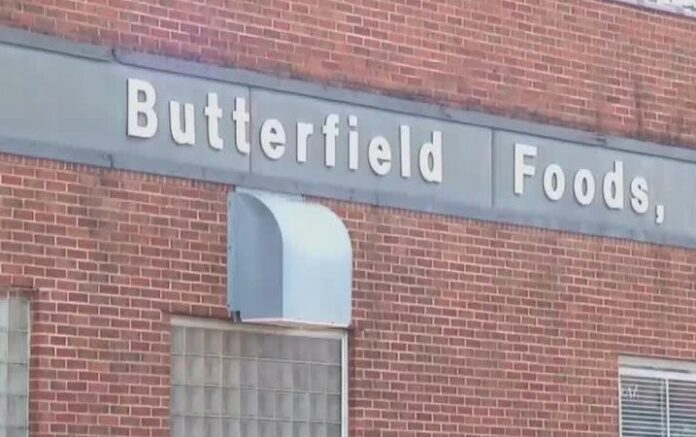 An animal rights group has accused two Minnesota companies of mistreating birds after the deaths of thousands of chickens from exposure to excessive heat. One of the plants being accused is Butterfield Foods.

Animal Welfare Institute sent a letter to Watonwan County Attorney Stephen Lindee and to the Watonwan County Sheriff’s Department, asking him to press charges, citing Minnesota law that prohibits depriving animals of food, water or shelter, or to keep them enclosed without a change of air.

The U.S. Department of Agriculture inspectors do not monitor or enforce animal welfare issues at poultry slaughterhouses, except in cases where treatment could affect food quality or safety.

According to AWI, over 2,500 chickens out of 6,000 were found dead on a truck trailer outside Butterfield Foods on June 9. The trailer had been parked overnight on a dirt lot outside the plant. Most of the deaths were on the side of the trailer that had been exposed to more afternoon sun and heat.

AWI also cited the Jennie-O plant in Melrose for the deaths of hundreds of turkeys.

Lindee had previously declined to seek charges against Butterfield Foods in February, 2020, when People for the Ethical Treatment of Animals filed a complaint regarding the deaths of thousands of chickens due to exposure to cold weather.