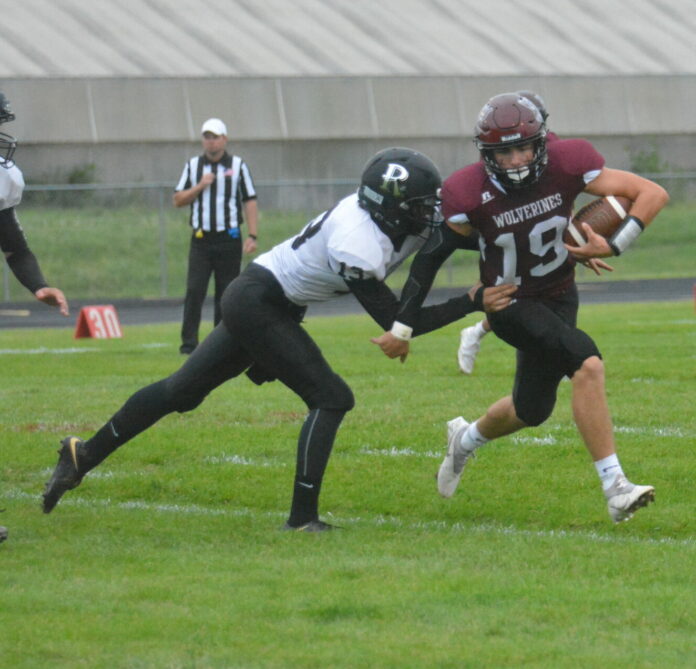 The Wolverines held the Falcons to 105 yards of total offense in the game. Meanwhile, the MLA special teams blocked a pair of punts and had two huge field-position-flipping punts that proved key in the game.

Meanwhile, MLA’s offense churned out 282 yards on the ground in the victory.

After forcing the Falcons to a three-and-out on the opening possession of the game, MLA scored on its first possession of the season, marching 50 yards in 10 plays, capped with a 1-yard sneak from quarterback Marcos DeLeon for a 6-0 lead.

After pinning the Falcons deep in their own end with a punt in the second quarter, the Wolverines went 46 yards in nine plays, capped with a 1-yard run from Micah Holmberg for a 12-0 lead.

The Wolverines then busted the game’s biggest play on the third play of the third quarter, as DeLeon raced 54 yards to paydirt for an 18-0 lead.

The Wolverines were forced to punt on their next possession, pinning RRC deep in its own end. MLA forced a Falcon punt, which was blocked. But MLA’s attempt at a scoop-and-score was thwarted when the ball was fumbled out of the end zone for a touchback. RRC got the ball back, but was again forced to punt. The punt was blocked again, with the ball rolling dead at the RRC 5-yard line. On the ensuing play, Kolby Kremmin scored on a 5-yard run, giving the Wolverines the 24-0 victory.

DeLeon finished with 105 yards rushing on 13 carries. Kremmin added 104 yards on 18 carries and Holmberg rushed 16 times for 73 yards in the win.

DeLeon completed 2-of-13 passes for 5 yards, with both completions to Holmberg.

Mason Strom led RRC on the ground with 61 yards on 15 carries. Isaac Simonson completed 5-of-24 passes for 44 yards, with Strom pulling in all five Falcon receptions.