Bucs roll past Eagles in opener 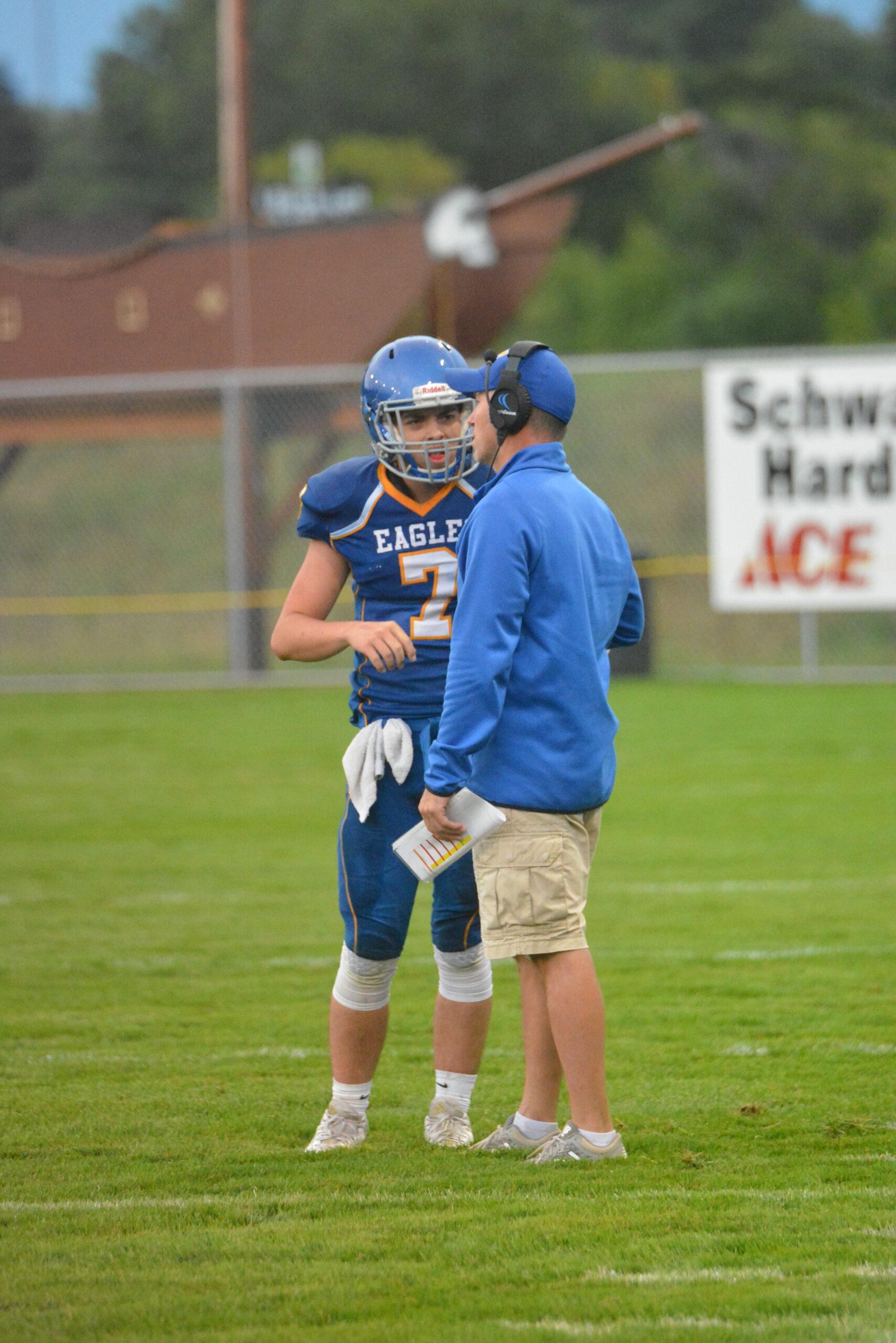 Blue Earth Area’s offense dominated the Windom Eagles in Thursday’s season opener at a soggy Island Park, as the Bucs rolled to a 59-0 victory over the Eagles.

BEA rumbled for 380 yards on the ground in the game and scored on its first six offensive possessions.

After the Eagles went three-and-out to start the game, BEA scored on a quick 14-yard touchdown run by Adam Schavey. The two-point run gave BEA an 8-0 lead.

BEA forced another three-and-out and turned it into a 1-yard touchdown for a 14-0 lead.

Windom was able to move into BEA territory on its third drive of the game, but an interception gave the Bucs the ball at their own 25. Nine plays later, BEA scored on a 15-yard touchdown pass for a 22-0 lead.

On Windom’s next possession, Schavey intercepted a pass and returned it 30 yards for a touchdown, giving BEA a 30-0 lead.

BEA took the opening kickoff of the second half and marched 67 yards in six plays, capped with a 10-yard touchdown run for a 51-0 lead.

Windom had its best drive of the night on its first possession of the second half, holding the ball for 12 plays and moving to the BEA 11. But on fourth-and-4 from the 11, the Eagles were stuffed for a loss, turning the ball over on downs.

BEA moved the ball to the Windom 5 before turning the ball over on downs. But on the Eagles’ first play of the ensuing possession, Windom fumbled a handoff, with BEA recovering the ball in the end zone for the game’s final touchdown.

Braydon Kreofsky completed 2-of-5 passes for 45 yards. Henry Erickson had one catch for 34 yards.

Westbrook-Walnut Grove’s offense couldn’t quite find its footing Thursday night as the Chargers dropped their season-opener, falling 26-8 to Renville County West in Westbrook.

WWG’s offense went three-and-out on its first five possessions, while RCW’s offense held the ball for much of the first quarter.

The Jaguars built a 20-0 lead, but WWG was able to score late in the first half when Kole Curry connected on a 2-yard touchdown pass to Austin Parker. The two-point pass from Brady Ross to Dan Kleven cut the RCW halftime lead to 20-8.

RCW added a score late in the fourth quarter to seal the win.