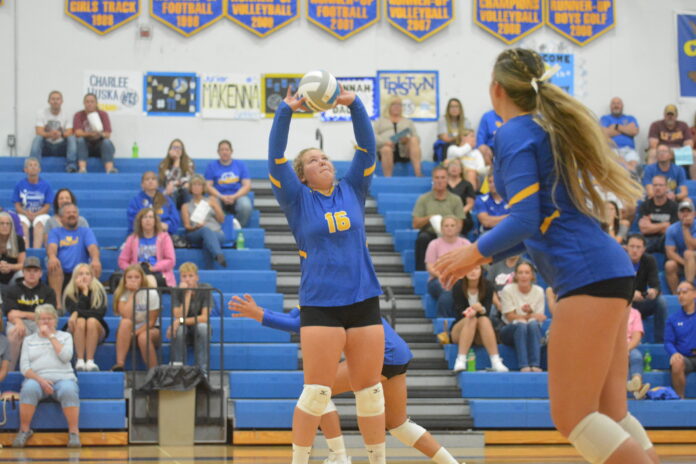 Tracy-Milroy-Balaton capitalized on Windom’s miscues Tuesday night, pulling away for a 3-0 sweep over the Eagles in high school volleyball at Windom.

TMB put together lengthy runs in each of the first two sets as the Eagles finished the night with 18 hitting errors and four service errors. The Panthers also put pressure on the Eagles from the service line, putting Windom on the defensive.

In the third set, TMB raced to a 13-3 lead before a furious Eagle rally pulled Windom to within two points. TMB was able to score the final couple of points to close out the match.

A wild, back-and-forth match ended up with Westbrook-Walnut Grove pulling out the final two sets Tuesday night, claiming a 3-1 victory over Springfield in Westbrook.

WWG cruised to the opening-set win, but Springfield bounced back to win set two. The Tigers then had a commanding lead and set point in the third set, but WWG scored the final six points of the set, winning 26-24.

In the final set, Springfield was able to fight off a string of match points for WWG before a kill from Abby Wiggins finally ended the set with a 29-27 WWG win, giving the Chargers the match.

Kayla Freeburg went 28-of-28 serving with four aces for the Chargers, including the final six points of the third set.