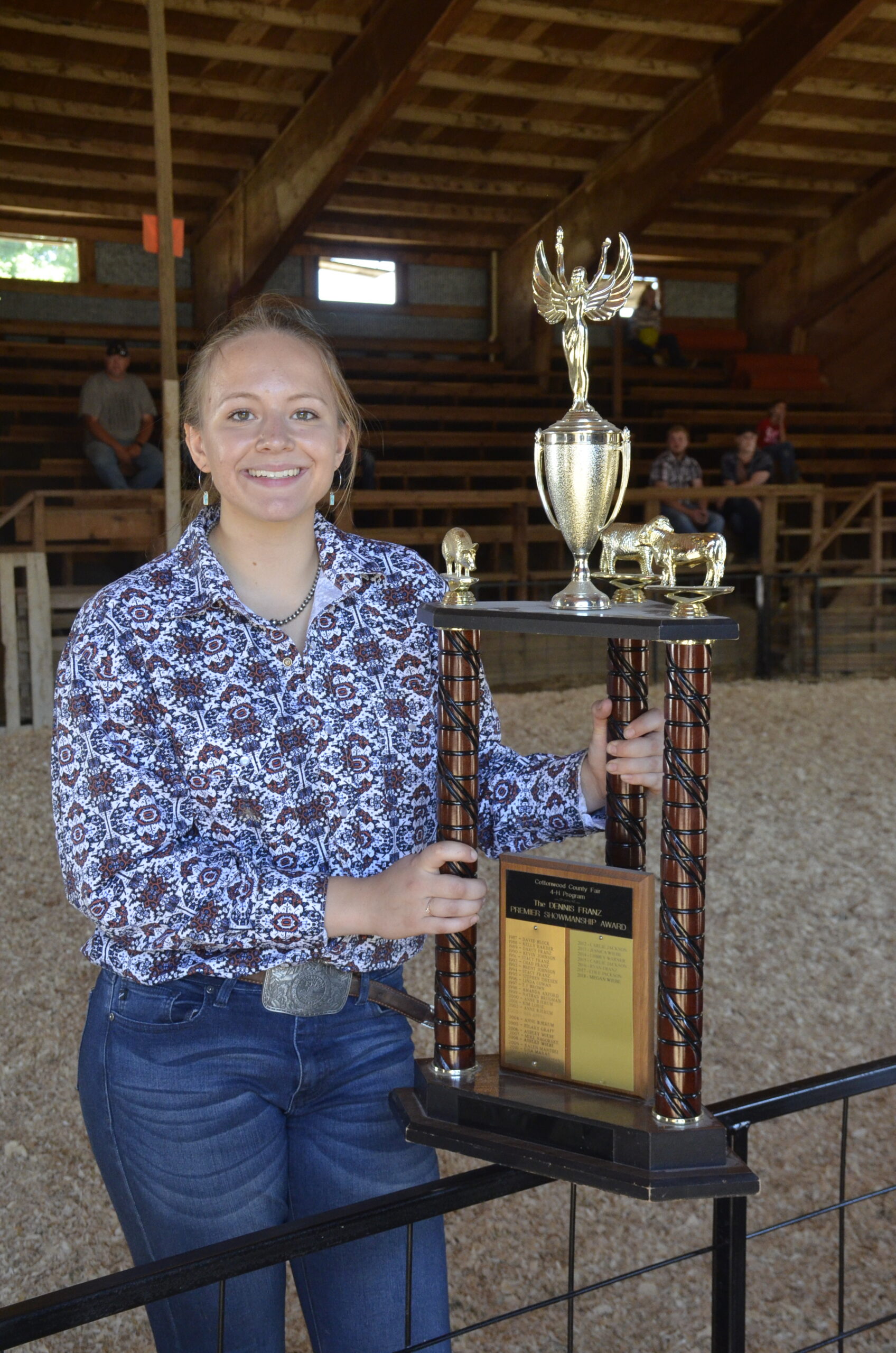 This is the first premier showmanship title for Tayler, the daughter of Todd and M.K. Franz of rural Bingham Lake. Tayler’s brother, Ryan, won the competition in 2019.