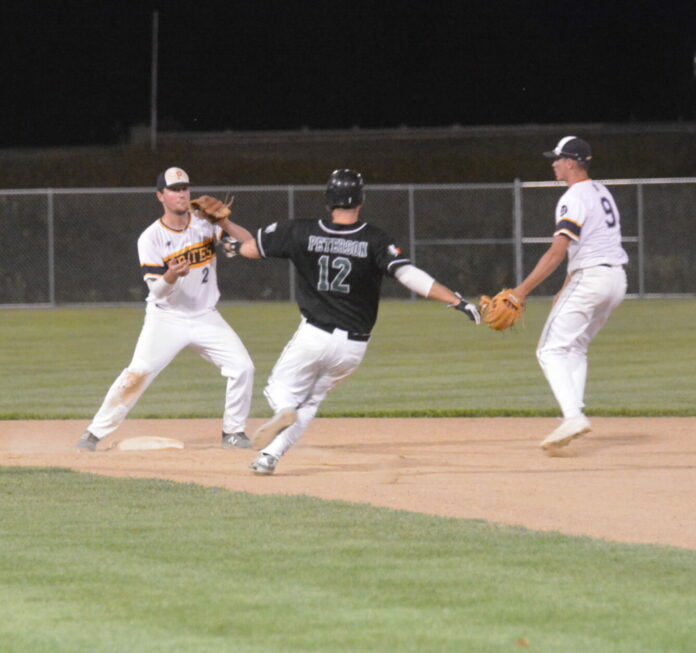 Defensive miscues late in the game doomed the Windom Pirates Wednesday night, as the Milroy Irish rallied for a 5-4 victory in the Region 13C semifinals at Island Park.

The Pirates broke a scoreless tie in the bottom of the third inning on a Noah Kloss RBI single.

Milroy took the lead in the top of the fourth, scoring on a single and a fielding error.

But Windom regained the lead in the bottom of the fourth. Conner Redman lined an RBI single and moved to third on a throwing error. Kyle Espenson then lofted a sacrifice fly to left, which was dropped by the Milroy left fielder, allowing Redman to score for a 3-2 Windom lead.

In the bottom of the fifth, the Pirates stretched the lead to 4-2 on a Redman RBI single.

But missed opportunities at the plate came back to haunt the Pirates. Windom left 10 runners on base and had a pair of double play grounders halt scoring opportunities.

Milroy took advantage, tying the game at 4-4 in the top of the eighth on an RBI single and an error.

Then, in the top of the ninth, a dropped third strike put the leadoff runner on base. Milroy put another runner on base via a walk, forcing a pitching change for the Pirates. Back-to-back walks then allowed the go-ahead run to score.

The Pirates were retired in order in the bottom of the ninth on a pop-up and a pair of strikeouts.

Nick Christensen and Redman had two hits each for the Pirates in the loss.

Collin Lovell took the tough pitching loss, allowing five runs, with only one earned run, on five hits in 8-1/3 innings. He walked five and struck out 14.

With the win, the Irish took a 1-0 lead in the best-of-three series, with game two coming Friday at Irish Yard in rural Milroy, beginning at 7:30 p.m.