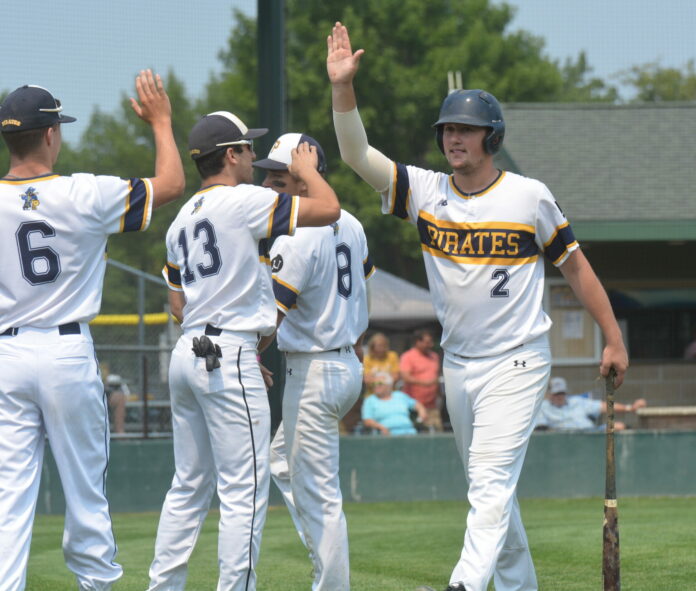 With the win, the Pirates claimed the best-of-three series 2-1 and advance to the semifinals of the regional tournament.

Pirate pitcher Luke Gilbertson had Pipestone guessing the entire game, as the A’s had 11 pop-up outs against Gilbertson. Gilbertson finished the game allowing just four hits and striking out two in the complete-game victory.

Offensively, the Pirates gave Gilbertson all the help he’d need in the bottom of the first inning. Alex Fink blasted an RBI double, Gilbertson drove in a run with a fielder’s choice and Conner Redman hit an RBI single for a 3-0 lead.

In the third, the Pirates scored two runs on an error and Nick Christensen drew a bases-loaded walk for a 6-0 lead.

Windom padded the lead in the fourth. Noah Kloss hit an RBI single, Kobe Lovell belted an RBI triple, Gilbertson drove in a run with a sacrifice fly and Christensen drew a bases-loaded walk, giving the Pirates a 10-0 lead.

Lovell finished with three hits in the win. Fink, Kloss, Redman, Kyle Espenson and Riordan had two hits each, as the Pirates hammered out 15 hits in the game.