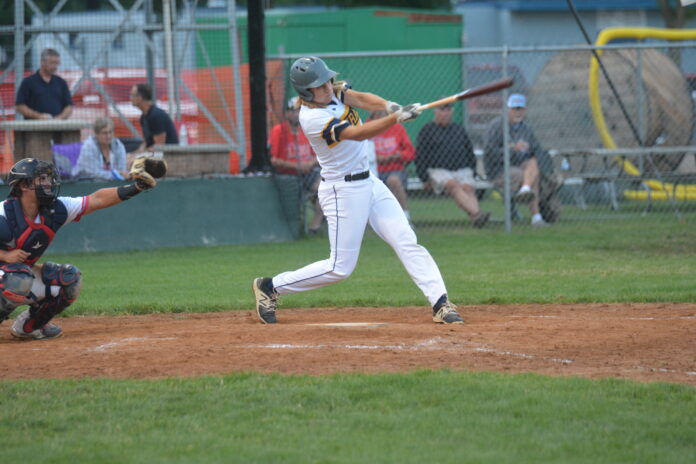 The Windom Pirates closed out their regular season with a solid outing on offense and on the mound, rolling to a 9-2 victory over the Milroy Irish in First Nite/Gopher League action at Irish Yard.

The Pirates got on the board quickly, scoring on a two-run Alex Fink home run in the top of the first.

The score stayed 2-0 until the seventh, when Fink hit his second two-run home run of the game. Kobe Lovell added an RBI double and Jacob Johnson hit an RBI single for a 6-0 lead.

In the eighth, Fink and Noah Kloss each hit RBI singles. Fink finished the day with an RBI double in the ninth, giving him four hits and six RBI for the day.

The Mt. Lake Lakers closed the regular season in dramatic fashion Sunday afternoon, rallying in the bottom of the ninth inning to claim a walk-off 4-3 win over Ruthton in First Nite/Gopher League action at Mt. Lake.

The Lakers tied the game at 1-1 in the bottom of the third on a Levi Jahnke sacrifice fly.

Ruthton took a 3-1 lead with a pair of runs in the sixth inning.

In the bottom of the ninth, pinch hitter Tyler Conners ripped an RBI single and Blake Spinks tied the game with a sacrifice fly. Zach Spinks then raced home from first on a walk-off RBI double from Jahnke.

Jahnke, Rhinley Kazuma and Tyler Chapin each had two hits in the win for the Lakers.

Jacob Brey picked up the pitching win, working the final two innings of no-hit relief. He walked three and struck out three.

The Windom Pirates broke things open in the middle innings Friday night, cruising to a 14-1 victory at Lakefield in First Nite League action.

Windom got on the board on a Kobe Lovell RBI single in the top of the first. The Pirates then stretched the lead to 4-0 with a three-run fourth inning. Joel Riordan had an RBI single and Brett Willaby hit a two-run double.

The Pirates added four runs in the fifth, scoring on a wild pitch, an error and a two-run Willaby single.

In the sixth, Windom scored on a pair of wild pitches, taking a 10-0 lead.

After Lakefield scored a run in the bottom of the sixth, Windom put the game away with a four-run seventh. Noah Kloss and Conner Redman had RBI singles and Lovell had an RBI groundout in the inning.

Willaby finished with three hits and four RBI in the win. Alex Fink and Redman had two hits each.

Tracy rallied in the middle innings Saturday afternoon to claim a 9-5 victory over the Mt. Lake Lakers in First Nite/Gopher League action at Tracy.

The Lakers took a 2-0 lead in the top of the first on RBI singles from Levi Jahnke and Trenton Renquist. But the Lakers were unable to push another run across until the ninth inning.

Meanwhile, Tracy scored once in the third, then took the lead with three runs in the fifth, two in the sixth and three more in the seventh.

Jahnke finished with four hits in the loss for the Lakers. Rhinley Kazuma and Wyatt Stevens had two hits each.