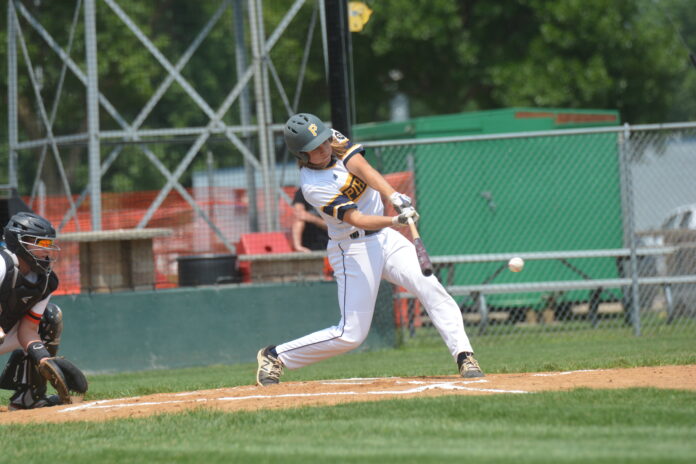 Windom got on the board in the bottom of the first on a Noah Kloss RBI single.

The Pirates stretched the lead in the fourth on a Kobe Lovell RBI single. However, Faber was able to wiggle out of a bases-loaded, no-outs jam without allowing another run, after coaxing a pair of infield pop-ups and a strikeout.

The Lakers got on the board in the top of the sixth on a Levi Jahnke RBI single. However, with the potential tying run at second, Lovell recorded a strikeout to end the threat.

Nick Kulseth came on in the bottom of the seventh and the Lakers got the leadoff runner on base on an error. Hunter Stevens advanced on a passed ball. But Pirate catcher Kyle Espenson caught Stevens too far off the base after a pitch, firing to second to record a crucial out. An infield pop-up ended the game.

Brett Willaby and Kloss had two hits each for the Pirates in the win.

In the nightcap against Worthington, the Pirates again scored in the bottom of the first. Nick Christensen hit a one-out triple and scored on a Kloss groundout.

Windom added two runs in the fourth when Kobe Lovell scored on an error and Christensen hit an RBI single.

Worthington cut the Windom lead to 2-1 in the top of the sixth, but the Pirates put the game away with six runs in the bottom of the inning. Willaby hit an RBI double, Christensen had an RBI single, Alex Fink ripped a two-run double and Kloss and Sam Huska hit back-to-back RBI singles.

Collin Lovell picked up the complete-game win, allowing two hits and one walk while fanning 10.