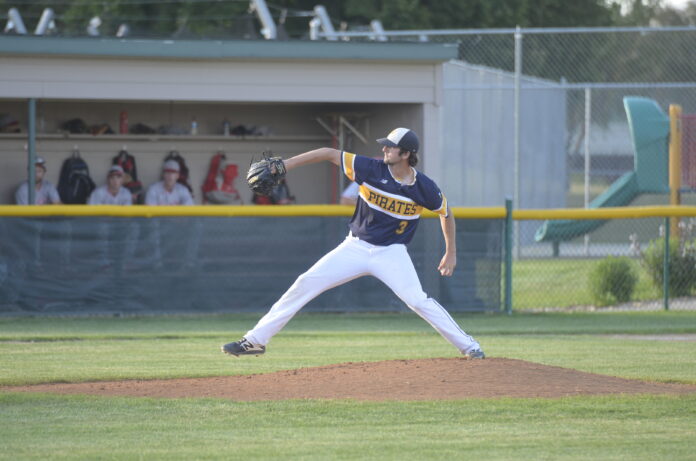 A shaky night in the field doomed the Windom Pirates Wednesday night, as the Pirates dropped a 5-2 decision to the Luverne Redbirds at Luverne.

Five errors in the field by the Pirates led to a couple of unearned runs for the Redbirds, who scored in four of the first five innings to seal the win.

Windom got on the board first, scoring in the top of the first. Luke Gilbertson hit a leadoff double, moved up on a passed ball and scored on an Alex Fink sacrifice fly.

But Luverne answered with two runs in the bottom of the first and never trailed again, leading 4-1 before Windom was able to plate a run in the top of the fifth on a Kyle Espenson RBI single.

The Redbirds added their final run in the bottom of the fifth.

Gilbertson, Espenson and Jacob Johnson each had two hits for the Pirates.

The Mt. Lake Lakers couldn’t get anything going on offense Wednesday night, and a big inning early helped propel the Jackson Bulls to a 10-0 victory over the Lakers at Jackson.

The Bulls scored five runs in the bottom of the second inning to take a 6-0 lead. Jackson added four runs in the fifth inning, sealing the win.

The Lakers were held to four hits in the game, but had runners in scoring position in the first and sixth innings.

Lucas Anderson had two hits in the loss for the Lakers.

Wyatt Stevens took the pitching loss, allowing 10 runs on 12 hits in five innings of work. He walked one and struck out two.

Next games: Check for updates after each game.
Windom: vs. Worthington, July 6
Mt. Lake: vs. Heron Lake (at St. James), July 2