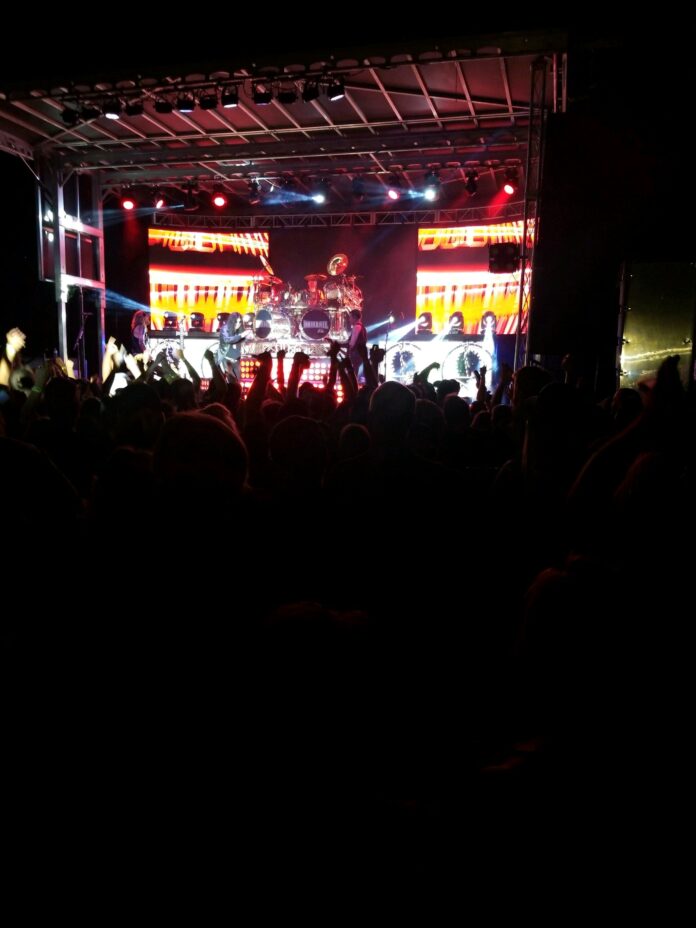 One of Windom’s biggest concerts in recent memory drew a popular following on the Friday night of Riverfest.

Hairball came to Island Park Friday and a following of 1,600 people attended the concert. The concert ran from 9 to shortly after 11 p.m. Jeremy DeWall and his band opened for Hairball from 7:30 to 9 p.m.

Hairball features a variety of recent and classic rock music, coupled with multiple costume changes to mimic the lead singers of bands that made the songs famous.

A variety of food and beverage vendors also were on hand during the night, selling pulled pork, pork chops on a stick and snacks.

The concert was part of the Windom Area Chamber of Commerce’s Summer of Fun 2021. Music on the Square is planned for Thursday evening and again on July 15. The Chamber also has “Movies in the Park” planned throughout the summer. Watch the Citizen and Shopper for updates on upcoming events.