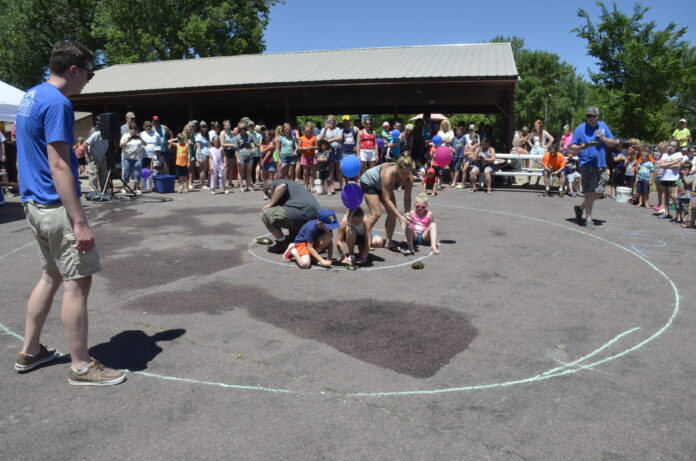 After a one-year hiatus, the Riverfest Turtle Races returned, this year to Tegels Park and sponsored by the Cottonwood Soil & Water Conservation District and the Cottonwood County Environmental Office. The new sponsors offered a little different twist to the Turtle Races.

Rather than one overall champion, there were four champions with only youth age 16 and under allowed to compete. The field was randomly divided into four divisions of 25 turtle racers. The winner of each heat of five in a division advanced to a title race from which a winner was determined. Then the next division competed, and the next and finally the last.

Prizes of a soft-sided tackle box or a tackle box/rod-and-reel combination were awarded to each division winner.

Check out photos of the four champs and their turtles in this week’s edition of the Cottonwood County Citizen on newsstands Wednesday.