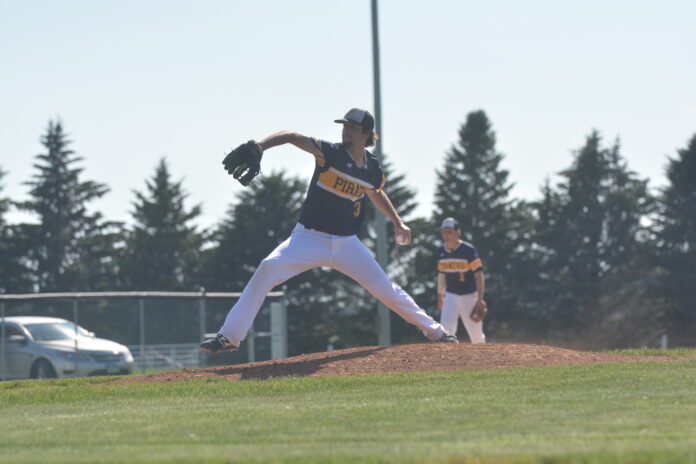 The Windom Pirates got off to a quick start on offense and had a strong pitching performance Sunday, claiming an 11-0 victory in First Nite League action at Heron Lake.

Windom scored three runs in the top of the first inning and held a 4-0 lead until the late innings, when the Pirates scored four times in the seventh and three more in the ninth.

Gilbertson added an RBI single in the third for a 4-0 lead.

Then, in the ninth, Brett Willaby hit an RBI triple and Kloss ripped a two-run single.

Kloss finished with four hits and three RBI in the win. Gilbertson and Kyle Espenson had two hits each.

Next games: Check for updates after each game.
Windom: at Leavenworth, June 8
Mt. Lake: at Milroy Irish, June 13