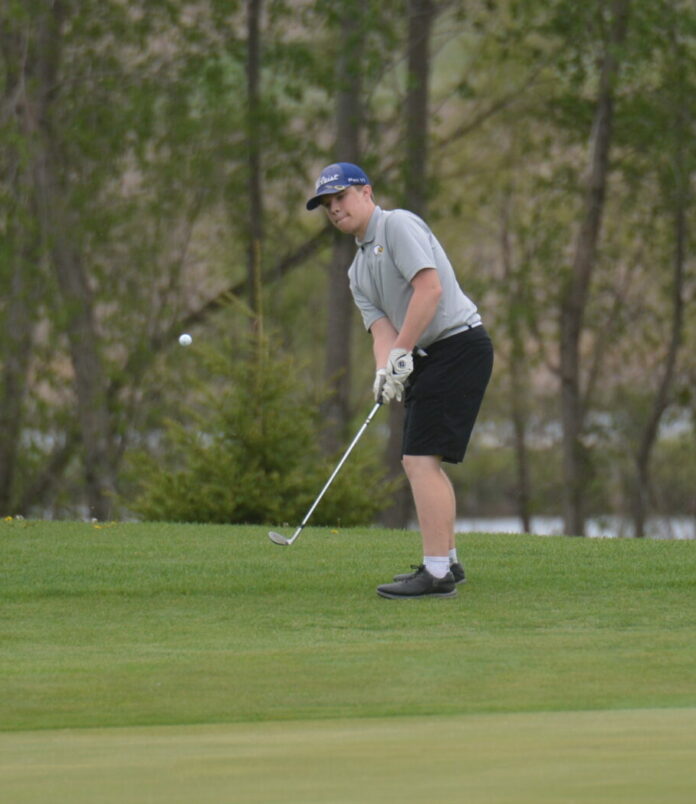 The Windom Eagle golf teams turned in their best team totals of the season to date Thursday, as the boys won and the girls took second in a triangular at Rolling Hills Golf Course near Westbrook.

The Eagle boys fired a season-best 163. Heron Lake-Okabena-Fulda took second with a 194 and Westbrook-Walnut Grove was third with a 199.

For the girls, HLOF shot a 207. The Eagles fielded a full team for just the second time all season, scoring a 216. WWG played with an incomplete team.

Windom’s boys were led by senior Parker Alvstad, who carded a two-over-par 38 to earn meet medalist honors. Landon Pillatzki and Greyson Elder each added a 41 and Carter Rossow shot a 43.

For the girls, WWG senior Lexi Herding earned medalist honors with a 44. Emma Wahl added a 51 and Ivy Paplow shot a 61.

Windom was led by Allie Ward with a 46. Lily Mellstrom shot a 54, followed by Ada Lund with a 57 and Maddie Alvstad with a 59.

The Madelia golf team picked up a sweep in the first half of a home-and-home series with Mt. Lake Area-Comfrey Thursday in Mt. Lake.

The Wolverines did claim one medalist from the meet, as junior Olivia Christians topped the girls’ field with a 51. She was the lone MLAC player in the girls’ event.

MLAC’s boys were led by Branden Hopper and Harlan Munning, who each fired a 57. Devyn Rempel shot a 59 and Noah Rempel finished with a 64.