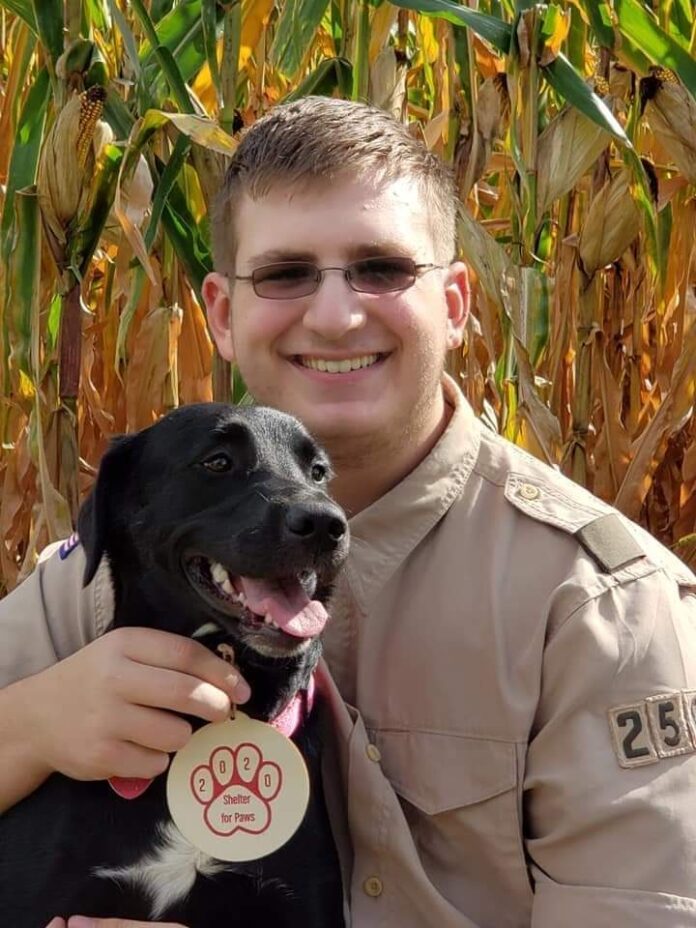 When John McMenimen went to the Martin County Humane Society near Fairmont to adopt his dogs, Agape and Max, he noticed that the kennels at the Society had seen their better years.

So when it came time to decide what to do for his Eagle Scout project, the decision was easy.

“I saw that the kennels were in rough shape because they hadn’t been replaced in 40 or 50 years,” John says.

Because the society operates largely on memberships, donations and volunteers, it spends its money on the animals it houses and doesn’t have significant overhead to do such things as replace kennels.

John was ready to step in.

“I wanted to do something for these guys because they’ve always been a big part of my life,” John says.

The result was new animal housing at the humane society and a project that resulted in John earning Scouting’s highest honor — the Eagle Scout Award.

John, the son of Rob and Tammy McMenimen, will receive his pin at a Court of Honor next week at the Cottonwood County Historical Society in Windom.

For much more on John’s honor, see the story in the May 19 issue of the Cottonwood County Citizen on newsstands now.