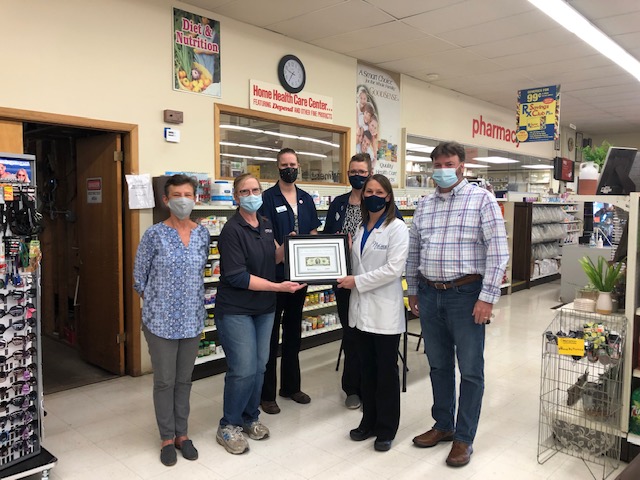 The Mt. Lake Chamber of Commerce recently presented its First $2 in Business Award to new owner Erica Schroeder and the staff at Peterson Pharmacy and Gifts.

The pharmacy also is being recognized as the Mt. Lake Chamber Business of the Month for the month of May.

But the pharmacy also is being recognized with an official proclamation by the city of Mt. Lake, which is recognizing May 21 as Peterson Pharmacy and Gifts Day in Mt. Lake.

That proclamation is believed to be the first such designation in the city’s history, and will be made official at the city council meeting on May 17.

The proclamation is being made to recognize the pharmacy for its role in vaccinating a large percentage of Mt. Lake residents, as well as many from the entire region, against the COVID-19 virus.

Employee Cheri Hanson stated that the pharmacy has vaccinated over 2,000 people. The pharmacy had to staff, train and organize people in proper vaccination protocols before conducting mass vaccinations for the community.