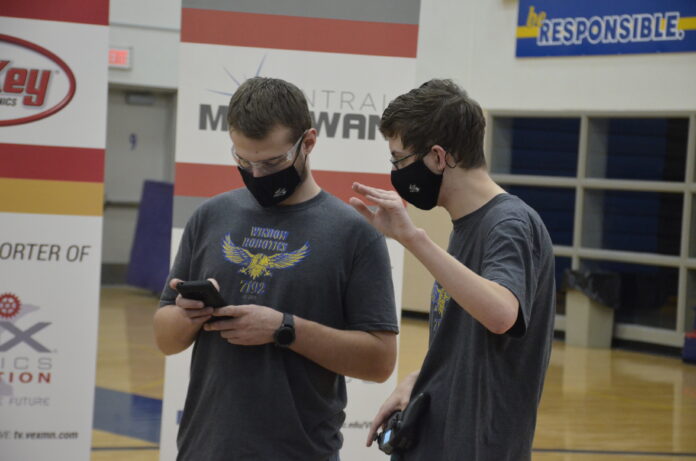 On Saturday, it looked as though the Windom Eagles Robotics program’s season had come to an end. Although Windom performed well at Friday and Saturday’s Minnesota VEX Robotics State Championships, they didn’t reach the finals and didn’t receive an award that would have given them an automatic berth in the VEX Robotics Live Remote World Championships.

And then Monday arrived.

Windom Robotics adviser Jill Defries learned that two Windom teams have been invited to the Live Remote World Championships, May 17-22.

“It’s a three-day virtual event that can be done right from our (robotics) rooms,” Defries explained. “I don’t think we’ll be accepting the invitation for the middle school, but the high school team is wanting to move forward with it, mainly because they’re seniors.”

Defries said that the team now must do two things:

•  It must compete in two live remote tournaments, which it will need to find in the next three weeks.

•  It will need to find the funds to be able to compete in the World Championships.

“The season is definitely not over yet for us,” Defries confirmed.

For more on the Windom Robotics program’s showing in the state championships over the weekend, see the story on the Education page in the April 21 issue of the Cottonwood County Citizen on newsstands today.