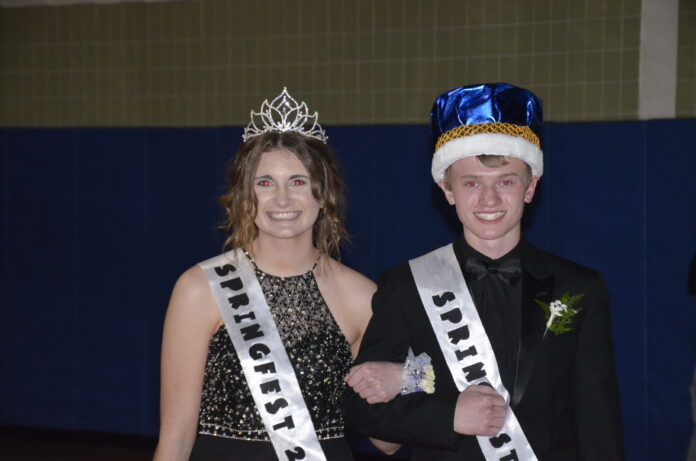 The king and queen were determined by candidates releasing confetti from the tubes they were holding. The silver and gold confetti released by one queen candidate and one king candidate, respectively, crowned the royalty.

Aside from prom, the brief coronation ceremony was the capper to a week of Springfest dress days and activities.