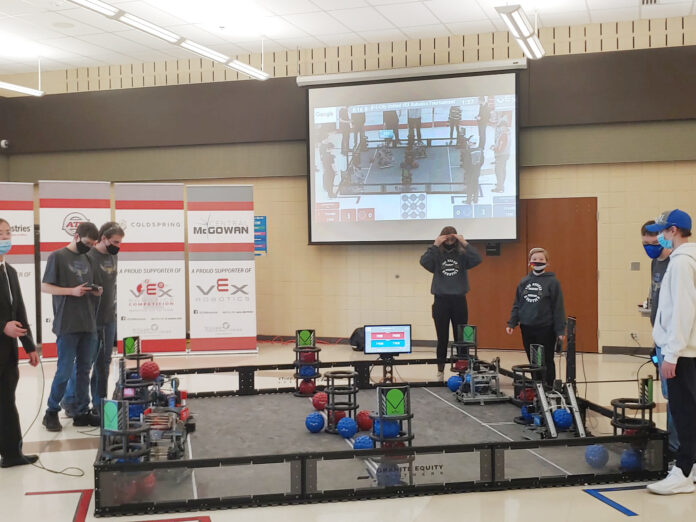 A couple of teams reached the semifinals of the tournament, but more importantly, Windom teams climbed in the state skills rankings, improving their chances for a state invitation later this month.

Windom’s 7192A of seniors Philip Ackerman and Keith Swenson moved from 12th to fifth in the high school rankings, sparked by their robot’s successful autonomous mode operation. The duo finished second in the skills competition at the tournament with a whopping 162 points, just seven behind the tournament champion.

To learn how high other Windom teams have climbed in the state skills rankings, see the story in the March 24 issue of the Cottonwood County Citizen on newwstands tomorrow.