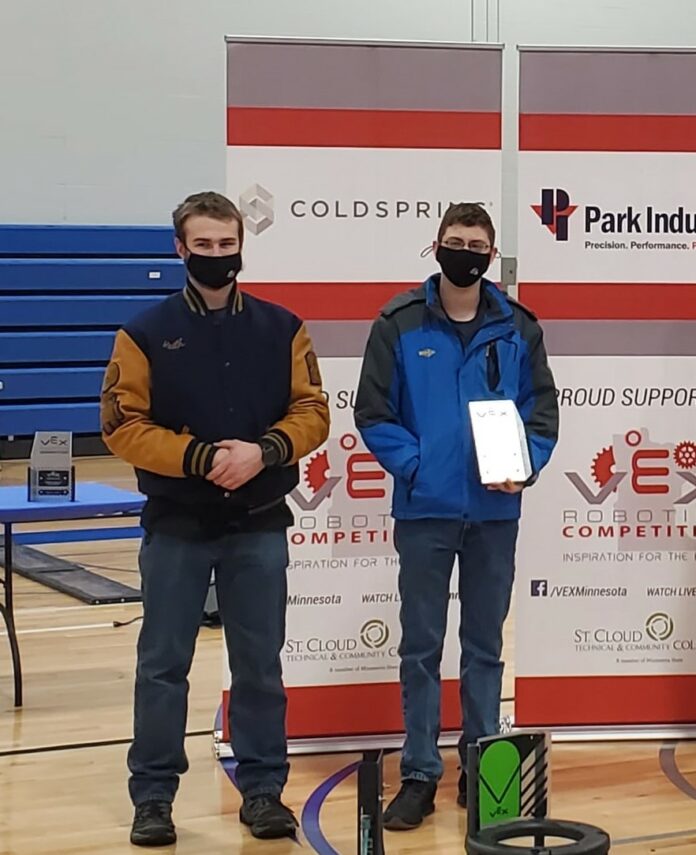 Windom VEX Robotics teams returned to action Saturday at Southland Middle High School in Adams. Although four of Windom’s six teams competed in elimination matches, none advanced past the quarterfinal round.

A total of 31 teams competed in the tournament.

In qualification matches, the Masked Bandits had the best finish of any Windom team, going 4-3 for ninth place. 7192A, Pineapple Posse and Golden Eagles all went 3-4, finishing 14th, 16th and 21st, respectively. The Rubbie Duckies and The Brain Bunch went 2-5 and 1-6, respectively.

For more on how Windom teams performed in the elimination round, see the story in the Feb. 24 issue of the Cottonwood County Citizen on newsstands today.