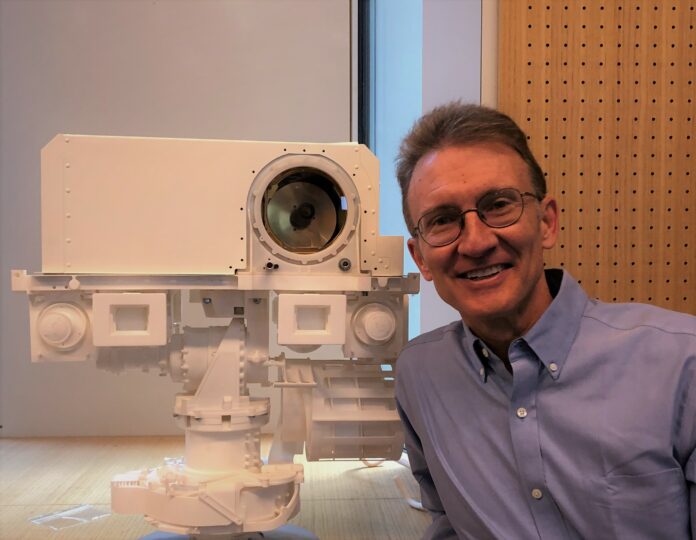 Native son, Roger Wiens, a 1978 graduate of Mt. Lake High School, played a big role in the development of one of the seven scientific instruments that was built into the latest Mars rover that landed on the “Red Planet” on Thursday.

Needless to say, Wiens and his team in New Mexico were as excited with last week’s Mars landing as were those in NASA’s Jet Propulsion Laboratory in California.

“We’re loving all the pictures we’re getting so far and looking forward to using our own instrument and exploring,” explained Wiens, the principal investigator of the SuperCam, during a phone call on Sunday.

Wiens, who is employed with the Los Alamos National Laboratory in New Mexico, is the man who proposed the SuperCam to NASA in a competition for instruments to be built into the rover.

The SuperCam will be a critical piece as it explores the Mars surface and gathers information about the planet’s geology. It will work hand-in-hand with a drill that has been mounted on the Perseverance Rover. The hollow drill will collect samples from inside rocks and automatically place the samples in metal tubes. Wiens says those samples will be collected over several years.

So, what role does the SuperCam play in collecting those samples?

Pick up the next edition of the Cottonwood County Citizen, on newsstands tomorrow, to learn how those samples are collected and more about Wiens’ work at the Los Alamos lab.