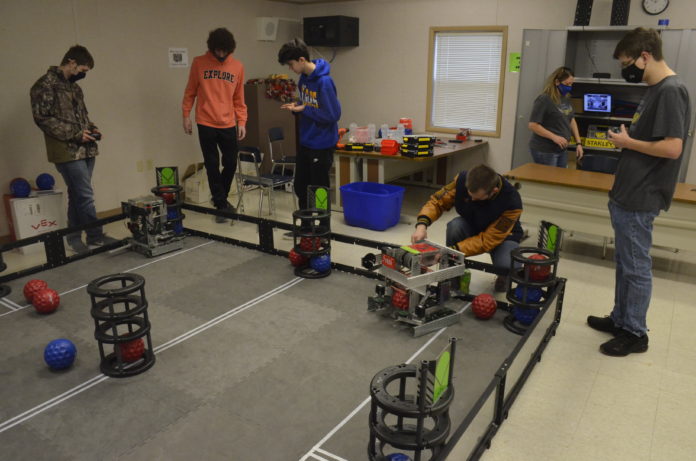 All six Windom teams competed in the event, but on their own game field at their home base in the auxiliary building on the Winfair campus in Windom.

The meet was run from the Minnesota VEX home base in St. Cloud.

Pineapple Posse, comprised of Dylan Serreyn, Ethan Brockman and Carter Allen, had three driver attempts and three programming attempts, finishing with a high driver score of 93 and high programming score of 65 for a total of 158 points. That ranked third among the 30 teams that participated.

A team from Dublin High School in California won the event with a whopping 251 points — 125 driver points and 126 programming points; while Kepler Robotics of Mankato finished second with 199 points.

All teams but the Dublin team and a team from Redmond, Wash., were from Minnesota.

For more on the competition and what’s ahead for the local robotics teams, see the story in the Feb. 17 issue of the Cottonwood County Citizen, on newsstands next week.